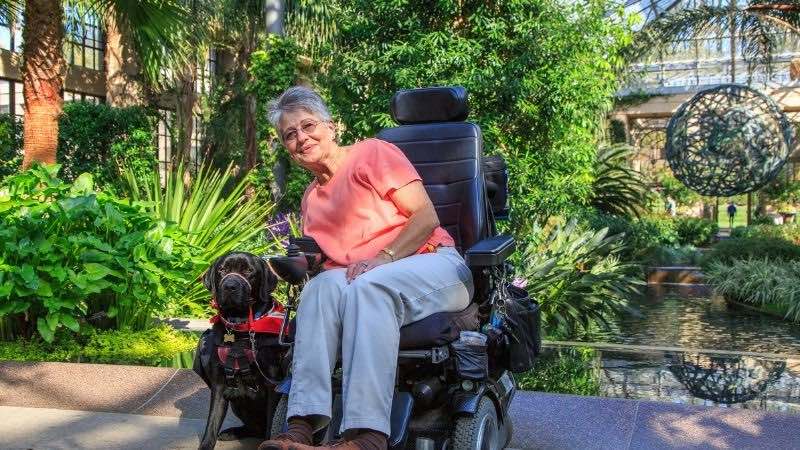 Johns Hopkins Medicine researchers report they have developed and validated a tablet-based app that offers a faster, easier and more accurate way for health care providers who don’t have specialized training to assess the cognitive function of people with multiple sclerosis (MS). Multiple sclerosis is a chronic neurologic illness that affects the central nervous system, resulting in a variety of symptoms including motor issues, fatigue, visual disturbance, memory and concentration concerns, and mood changes.

MS is the most common form of disability in young adults other than traumatic injury. Diagnosis usually occurs between the ages of 20 and 50, and it is estimated that 1 million people in the United States are living with the disease. MS is most common among women — three women are diagnosed for every one man.

In a study comparing the app, called iCAMS, to a standard, paper-based assessment tool, researchers say they found that the app produced highly accurate results while reducing test time from about 23 to 14 minutes. Study results are described in an Online First article to be published in the International Journal of MS Care.

Meghan Beier, Ph.D., M.A., assistant professor of physical medicine and rehabilitation at the Johns Hopkins University School of Medicine and lead author of the study report, says that “results suggest that using the iCAMS app may make cognitive assessments of multiple sclerosis more convenient in a clinic setting, and therefore will be used more often to identify learning and memory problems.”

According to Beier, up to 65% of people with MS experience cognitive problems. People with MS often require more time to perform mental tasks and face difficulty learning and retaining new information. Identifying cognitive issues earlier may help preserve and even improve function with targeted interventions such as cognitive rehabilitation, says Beier. Since cognitive decline can also be a result of aging, cardiovascular disease, depression and other conditions, specialized assessment tests have been developed to identify MS-related cognitive impairments. Certain exercises that improve learning ability, such as spaced learning and self-generated learning, may help MS-related cognitive difficulties. Therefore, it is important to identify these challenges.

Currently used paper testing tools are time consuming, or specially trained psychometrists must administer them. A study based in the United Kingdom involving the assessment and management of cognitive problems among people with MS shows that only 8% of MS specialists are using MS-validated cognition assessment tools.

In a bid to improve that record, Beier and her team adapted an internationally validated cognitive assessment tool for MS patients, called the Brief International Cognitive Assessment for Multiple Sclerosis (BICAMS), to a digital tablet format. BICAMS, composed of three subtests, measures processing speed, or how fast the brain can take in and process environmental information such as recognizing a stoplight and sending a signal to the foot to push the brake; the ability to learn verbal information, such as remembering key aspects of the story a family member told; and the ability to learn visual information, such as creating a mental map of a hotel the person is visiting.

In the tablet-based app, researchers incorporated the BICAMS version of processing and visual learning tests, but for copyright reasons they used a comparable alternative subtest to assess verbal learning ability. iCAMS uses automatic prompts and written instructions to help medical assistants or other staff members guide patients through instructions to complete the assessment.

A new tablet-based app developed by @MeghanBeierPhD and team offers faster, easier and more accurate assessment of cognitive function in people with #MultipleSclerosis. @RehabHopkins @MeghanBeierPhD our lab twitter is @MSRehabResearch Click to Tweet

Study participants included 100 adults from the University of Washington Medicine Multiple Sclerosis Center who had a physician-confirmed MS diagnosis. Participants were between the ages of 18 and 79. The average age was 46, and 74% were female. The patients had MS for an average of 10 to 11 years, and 78% had relapsing-remitting MS, the most common form of the disorder. It is marked by symptoms that come and go, including vision loss, pain, fatigue, loss of motor coordination, cramping and dizziness.

Trained research assistants administered paper and iPad tests to participants. Half of the sessions were led by an administrator who provided the paper test, and the other half of the group received an iCAMS tablet test.

When researchers compared the test scores for each participant, the answers were the same 93% of the time, validating the accuracy of the app-based test, they say. Furthermore, the administration and scoring time for the app-based test was 40% shorter than the paper version.

The research team also asked test administrators to assess their experience giving the app-based test. Medical assistants overall found the experience positive, Beier says. “It was quick and very easy to learn how to administer,” says Katie Rutter B.S., a medical assistant who participated in the study. “Participants enjoyed testing on an iPad and often told me how much fun it was.”

Beier says that in addition to saving time and being easier to administer, a tablet-based test eliminates the need to store paper-based records and makes sharing information easier on electronic medical records. The app may also reduce the rate of errors in calculating and transferring scores.

“Our goal is to reduce barriers for patients to receive the testing that may benefit their treatment and health through the use of digital technology,” adds Abbey Hughes, Ph.D., M.A., assistant professor of physical medicine and rehabilitation at the Johns Hopkins University School of Medicine and co-author of the study.

Researchers caution that the tests in the app are not identical to the paper version, although other studies have shown that the alternative test they used for verbal learning produced equivalent results to BICAMS.

They also note that because all three test components are based on copyrighted material, costs will likely be associated with downloading and/or using the app.

Ongoing efforts include the research team’s plans for larger-scale testing of the app in more diverse patient populations, and altering the app to make it more user-friendly.

The authors report no conflicts of interest for this study.