Jasonee Foster’s brother was 29, a naval corpsman in peak physical condition, when he collapsed and died in 2011.

“We had no idea what the cause was,” says Foster, 39. But she did know that, in the days before her brother died, his heart wouldn’t stop racing, even when he was sitting still.

Two years after his death, when Foster returned to work after the birth of her son, her own heart started beating so fast she couldn’t catch her breath.

Over the next few months, as the episodes continued, she went to emergency departments and doctors’ offices in a futile search for help. Finally, Foster, who lives in St. Louis, traveled to The Johns Hopkins Hospital, where she was diagnosed with a rare genetic disease: ARVD/C, or arrythmogenic right ventricular dysplasia/cardiomyopathy. She received an implantable cardioverter defibrillator (ICD) that will kick-start her heart if it stops.

The Johns Hopkins ARVD/C program, which celebrated its 20th anniversary in May, is the largest in the world devoted to this terrifying condition, which strikes young and apparently healthy people, killing them without warning.

“Twenty years ago, we knew next to nothing about the disease,” says the program’s director, cardiologist Hugh Calkins. “We didn’t know the genetic basis of it, we didn’t know who needed a defibrillator, we didn’t know if environmental factors played a role.”

All that is changing, thanks to the precision medicine approach to research and treatment known as Johns Hopkins inHealth. Precision medicine researchers gather and study vast amounts of information on thousands of patients and their families to understand the subgroups of diseases. As a result, patients get the treatment that is right for them, avoiding unnecessary tests and therapies.

The ARVD/C program became a Johns Hopkins Precision Medicine Center of Excellence in 2018. Since then, Calkins and his arrhythmia colleagues — including electrophysiologist Harikrishna Tandri and genetic counselors Cynthia James, Brittney Murray and Crystal Tichnell — have been able to use newly developed resources and tools that make data collection and analysis easier.

They include the Precision Medicine Analytics Platform (PMAP), the Secure Analytic Framework Environment (SAFE), and access to experts and resources that can help clinicians conduct big-data research and use the results to improve patient care.

The arrhythmia team is using these resources to better predict whether a patient with ARVD/C will need an ICD to prevent a fatal cardiac event. 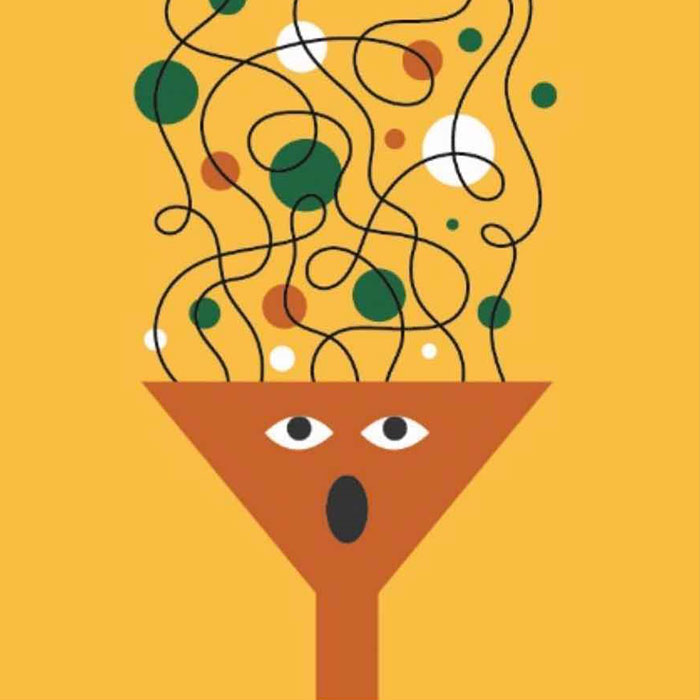 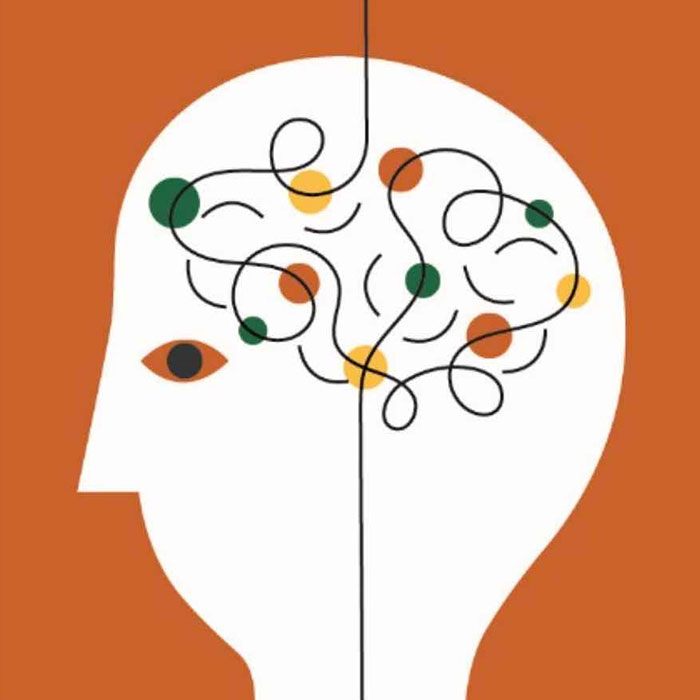 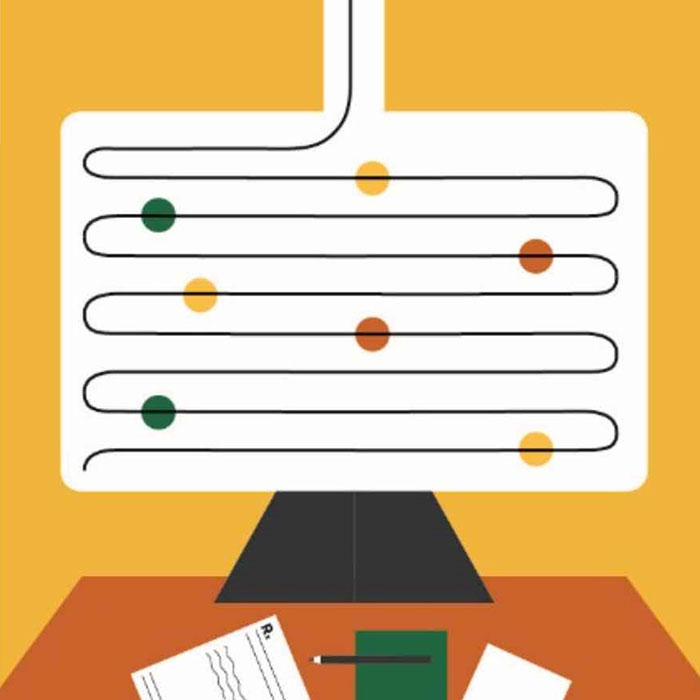 Bringing Precision Medicine to All of Johns Hopkins Medicine

Precision medicine has the power to transform the understanding and treatment of diseases, says Antony Rosen, vice dean for research. And this is a particularly promising moment for harnessing big data, he says, because high-powered computers can analyze newly available troves of information, including data from genetic sequencing, heart monitors, images and electronic medical records. New technologies make it possible for researchers to combine and analyze data that before was hard to quantify, such as text from clinic notes.

“Our goal is to give researchers access to data, and a space and tools to work with the data safely so they can develop new algorithms that can be put back into the Epic electronic medical records system to improve clinical decisions and patient care,” says Paul Nagy, deputy director of the Technology Innovation Center (TIC).

In 2017, experts from Johns Hopkins Medicine and the university’s Applied Physics Laboratory began work on PMAP, a secure online repository that so far contains more than 20 billion pieces of information from sources including Epic and disease registries.

“PMAP is best suited for trying to look for relationships in pieces of data that were difficult to compare before,” says Geoff Osier, PMAP project manager at the Applied Physics Lab.

SAFE, another new resource, provides tools for analyzing that data without compromising patient privacy. The TIC’s software engineers and designers can help clinicians create tools such as decision support calculators to guide treatment based on their research.

The new system removes barriers to data collection, explains Valerie Smothers, Data Trust administrator. “Our mantra is, make the right thing to do the easy thing to do,” she says of the Data Trust, which provides technical infrastructure, policies and standards that guide the use of Johns Hopkins Medicine data.

“When projects are using SAFE or PMAP, they’re preapproved by the Data Trust by default, unless they are sharing data outside the institution,” says Smothers. That means most researchers don’t need approval from the Data Trust when they get Institutional Review Board approval, skipping a step that sometimes takes months.

Nine Johns Hopkins research programs designated as Precision Medicine Centers of Excellence (PMCOEs) were the first to work with PMAP. The first PMCOEs were prostate cancer and multiple sclerosis centers in 2017. Seven more PMCOEs were added in 2018, including the pancreatic cancer, scleroderma and ARVD/C centers. Johns Hopkins leaders hope to designate as many as 50 PMCOEs by decade’s end, offering those centers project management and technical support as they combine research and clinical missions.

Foster returns to the arrhythmia clinic every year, where new discoveries are improving understanding and treatment of her condition.

It’s now known that genetic mutations account for about 60% of cases. But it turns out that not everybody with the gene mutation most associated with ARVD/C is at risk of a fatal cardiac event, and not everybody at risk has an identified gene mutation.

Exercise, counterintuitively, increases the risk of serious or fatal cardiac events, particularly in people with the mutation.

A few years ago, electrophysiologist Tandri told Foster it was safe for her to do light exercise, such as yoga and lifting 10-pound weights. “Because we understand this disease more, we’re not saying ‘you can’t, you can’t, you can’t,’” she says. “There are specifics about what can be done.”

New information about the disease also highlights that not everyone with ARVD/C needs an ICD. Earlier this year, Calkins and colleagues unveiled a risk calculator that determines the odds that a patient will have a fatal cardiac event in one year and in five years — information that is crucial in deciding whether to undergo surgery to obtain the implanted device.

Now, with the help of precision medicine experts at Johns Hopkins, they are planning an enhanced prediction tool that will factor in the disease’s progression over time, as well as patient exercise levels.

“Within months, their ability to ask questions will be far past where it is now,” says Aalok Shah, director of product management for the Technology Innovation Center.

“When we started the database 20 years ago, it was an Excel spreadsheet with 20 variables,” says Calkins. “Now, we’ve been following some of our patients for 20 years, and we have the largest database of patients, about 2,000, in the world. It’s a tsunami of data, and we’re adding new variables, like exercise. All this will allow the next phase of research productivity.”

This is good news for Foster. “Other people have my mutation, but they do not have the same experience as me,” she says. “My care is designed around my life, my body and my disease.”