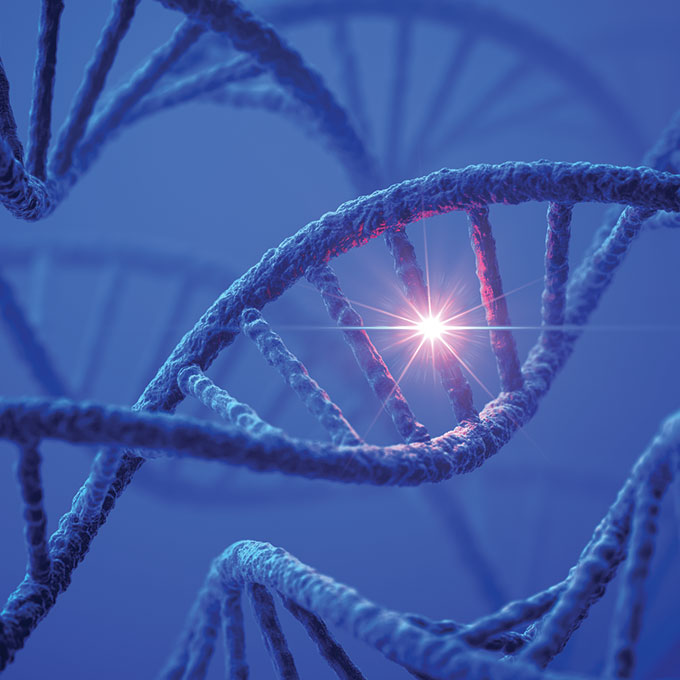 Three decades ago, Brady investigators William Isaacs, Ph.D., the William Thomas Gerrard, Mario Anthony Duhon, and Jennifer and John Chalsty Professor of Urology, and Patrick Walsh, M.D., characterized hereditary prostate cancer, and in 2012 Isaacs identified the first prostate-specific cancer susceptibility gene: HOXB13. Isaacs’ team found a mutation on this gene, called G84E, and discovered that men who inherit this mutation are three to six times more likely to be diagnosed with prostate cancer, particularly at a young age. For many years, a mutated HOXB13 gene was thought to be a risk only for men of Nordic European descent, because the G84E mutation is absent in men of African ancestry.

However, in a study in Martinique, of 46 men of African descent, a new HOXB13 mutation, called X285K, was found. “Little was known about this or other mutations in HOXB13 that may play a role in prostate cancer susceptibility in Black men,” says Isaacs. To find out more, Isaacs and colleagues sequenced the HOXB13 gene in 1,048 Black men who underwent radical prostatectomy at the Brady. “We found seven new mutations. Six of them were seen only once, but we found the X285K mutation in eight patients! Furthermore, all the men who had this mutation had Gleason 7 or higher cancers and were diagnosed at an average age below 52.”

Isaacs, Walsh and colleagues published this work in 2021, and other investigators have confirmed their results and expanded the characteristics of this mutation. “Now we know that carriers of the X285K mutation are much more likely to develop metastatic prostate cancer than men who don’t have it,” says Isaacs. “Only several other genes in the entire genome – including BRCA2, ATM, and MSH2 – also predispose men with mutations in these genes not only to develop prostate cancer, but also to develop more aggressive, life-threatening disease.”

Like other gene mutations linked to hereditary prostate cancer, this mutation is relatively rare, Isaacs says. But because of its “ancestry-specific occurrence and association with risk for more aggressive disease at an early age,” X285K has potential as an important new prostate cancer susceptibility marker that will help identify Black men who will benefit from earlier and more intense disease screening.” This work was supported by the Department of Defense and the Patrick C. Walsh Hereditary Prostate Cancer Program. If you would like to contribute to this important research, please contact the Brady Development Office at bradydevelopment@jhmi.edu or 410-955-8434.