Partin Stepping Down as Director

After 17 years, urologist Alan Partin, M.D., Ph.D., is stepping down as the Jakurski Family Director of The Brady Urological Institute, Urologist-in-Chief for Johns Hopkins Medicine, and Director of the Department of Urology.

He will continue as an active member of The Brady, pursuing his work in clinical care, research, and education. Under Partin’s leadership, The Brady has doubled its research space, and undergone significant expansion with projects such as the world-renowned Greenberg Bladder Cancer Institute, and new clinical space at the Green Spring Station Pavilion III. 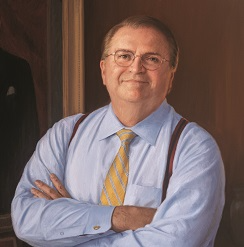 “Alan is a devoted teacher and mentor who is deeply committed to educating the next generation of clinicians and basic scientists,” says Paul Rothman, M.D., Dean of the medical faculty and CEO of Johns Hopkins Medicine. “He has trained over 45 residents, including many women and people from underrepresented minority groups. He also has edited numerous urological textbooks and journals, and authored more than 600 scientific articles, publications, and presentations.”

“Alan’s contributions to our institution and to the field of urology have been immeasurable,” continues Rothman. “He is widely known and credited for his pioneering Partin Tables, which are used for predicting the prognosis for prostate cancer,” and for his work in developing several innovative tests to identify and track prostate cancer, including the Prostate Health Index.

A national search is under way for Partin’s successor, who will become The Brady’s fifth Director, with large shoes to fill: in addition to Partin, previous Directors have been Hugh Hampton Young, William Wallace Scott, and Patrick C. Walsh.