Persistence Improves Prognosis for a Toddler 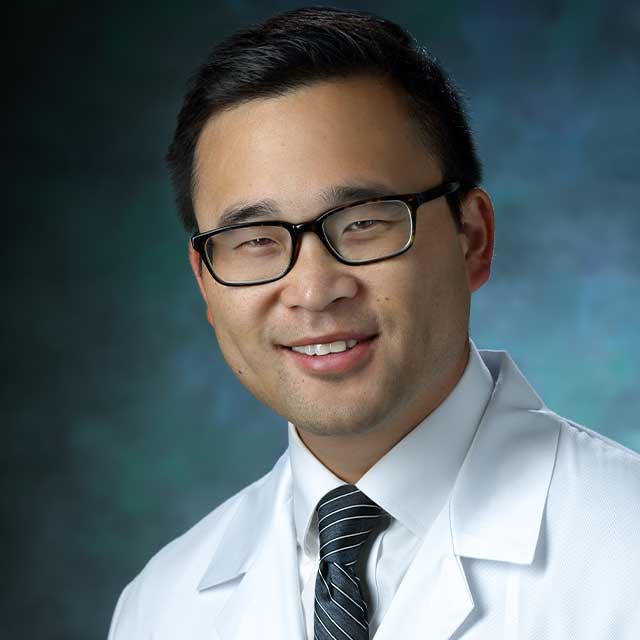 Initially, Jagger Payne’s parents thought their 15-month-old son had a urinary tract infection because his urine smelled off and he hadn’t eaten much for two days. His father took him to their local emergency room, where an ultrasound revealed a mass in his belly. “And that’s when the nightmare started,” says Jagger’s mother, Agueda Payne.

The Paynes were referred to Johns Hopkins Children’s Center for more tests. Further ultrasounds showed Jagger had a mass between his liver, kidney and adrenal gland, and a smaller one behind that. Biopsies would confirm Jagger’s diagnosis of metastatic stage 4 high-risk neuroblastoma.

As devastating as the news was, the Paynes — observing the persistence of pediatric surgeon Daniel Rhee early on in obtaining a biopsy — sensed from the start that Jagger would get the best care possible from the multidisciplinary oncology team at Johns Hopkins Children’s Center.

“We felt so bad after the first biopsy, and Dr. Rhee was clearly upset that he had to go back in for another one,” Agueda says. “It was a Sunday, and Hopkins didn’t have a pathologist on duty, so Dr. Rhee went out of his way to find a pathologist who could come in and look at the cells [on the spot]. They worked together for a couple of hours to make sure Dr. Rhee wouldn’t have to go back in a third time.”

After five rounds of chemotherapy to shrink the tumor, Rhee performed a delicate, eight-hour surgery to remove Jagger’s tumor, which had grown around the inferior vena cava, as well as the aorta and part of his kidney.

“Neuroblastoma from a surgical standpoint is confusing and much less straightforward than other cancers,” says Rhee, director of the pediatric surgical oncology program. “These can be hard operations that not everyone is experienced enough to do. The technique for this is specialized in the sense that you look to peel the tumor off the major vessels, as opposed to just sort of chunking it out.”

Rhee says outcomes for lower-risk types of neuroblastoma have improved, but less so for the high-risk subtypes.

Calling cancer a family disease, she adds, “Unfortunately, all of us suffer with all that Jagger is going through. It gives us peace of mind to just know he’s in the best place he could be.”