Probing the Seeds of Doubt in OCD 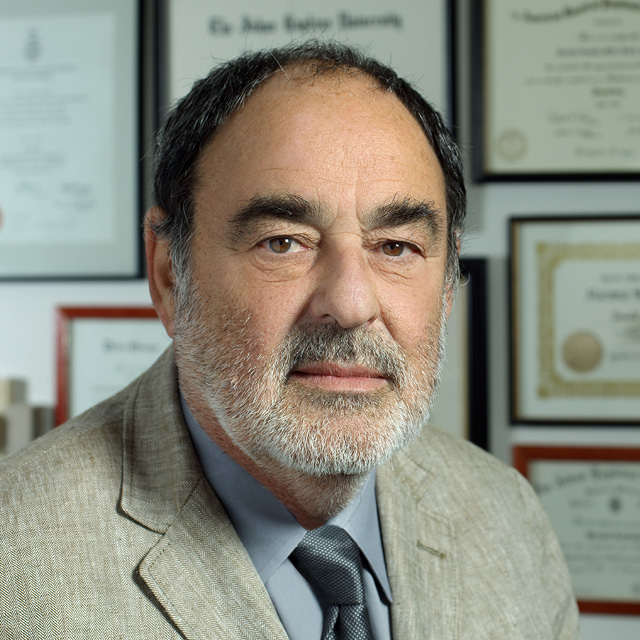 "Doubt is not based on insufficient knowledge to make decisions. It’s a behavioral trait."
-Gerald Nestadt

It’s not uncommon, says psychiatrist Gerald Nestadt, to hear someone joke over cocktails, “I’m so OCD,” implying that the person is exceedingly fastidious about everything. But obsessive-compulsive disorder, which affects some 3 percent of the world’s population, is no laughing matter.

Over the past 30 years, Nestadt, who trained as a psychiatric epidemiologist, has studied and treated scores of patients with OCD. He’s found compelling evidence for a biological basis for OCD, noting that obsessions and compulsions are common in such medical conditions as Huntington’s chorea, Parkinson’s disease, Tourette disorder and schizophrenia. He’s also found that serotonin reuptake inhibitors and selective serotonin reuptake inhibitors have proven effective in controlling OCD symptoms. Nestadt helped conduct the first trial of a medication to dampen OCD patients’ obsessive impulses, persistent, intrusive and repetitive thoughts.

Now he’s digging deeper to understand another component of the disorder: doubt. “I’ve been fascinated by its clinical relevance,” Nestadt says. “Doubt is not based on insufficient knowledge to make decisions. It’s a behavioral trait.” In the context of OCD, he theorizes, doubt demonstrates a “lack of confidence in one’s own memory, attention and perception necessary to reach a decision.”

Nestadt gives the example of patients who feel compelled to keep checking their front door to ensure that it’s closed. “They check it with their own eyes, but yet still need to go back and jiggle the lock to be sure,” says Nestadt. He suspects a genetic basis for this behavior, though environment also plays a role.

In a recent study published in Comprehensive Psychiatry, Nestadt and his colleagues report an investigation of 1,182 adults with OCD who were assessed to evaluate the relationship between doubt and OCD’s clinical features. “It’s the first investigation of the clinical significance of the doubt construct in OCD,” says Nestadt.

"Doubt is not based on insufficient knowledge to make decisions. It’s a behavioral trait,” says #psychiatrist Gerald Nestadt. #OCD #doubt Click to Tweet

Doubt was assessed with the following questions: After you complete an activity, do you doubt whether you performed it correctly? Do you doubt whether you did it at all? When carrying out routine activities, do you feel you don’t trust your senses—i.e., what you see, hear or touch? Cases were categorized as mild, moderate, severe or extreme on a “doubting” scale.

The findings, says Nestadt, suggest that doubt has important implications for understanding the nature of OCD. For one thing, the severity of doubt was distributed in the sample such that many cases were rated as severely burdened with doubt, whereas a sizeable proportion were rated as having no or little doubt. “This suggests that doubt may not be a core feature of all OCD cases, but rather a frequently occurring symptom of, or related to, the disorder,” says Nestadt.

The biggest surprise, he adds, was the finding that “the more doubtful you are, the more dysfunctional you are; 80 percent of the doubters were extremely dysfunctional.” Most likely, explains Nestadt, these symptoms emerge “from a neurocognitive vulnerability in the mental life of the individual, which has a basis in neurophysiology.”

So, what can provide relief for these patients? “Typically, 60 to 70 percent of people respond to cognitive-behavioral therapy,” says Nestadt. “But in patients with severe doubt, only about 35 percent respond. That’s where antidepressants come in.”

Next up, Nestadt and his colleagues are developing a multi-item instrument to assess doubt dimensionally in clinical and nonclinical samples. “With greater understanding about the neuroscience behind decision-making in patients with OCD,” he says, “we can further our understanding of the vulnerability to doubt that underlies the disorder.”

SEE THE STUDY IN COMPREHENSIVE PSYCHIATRY:

An investigation of doubt in obsessive–compulsive disorder