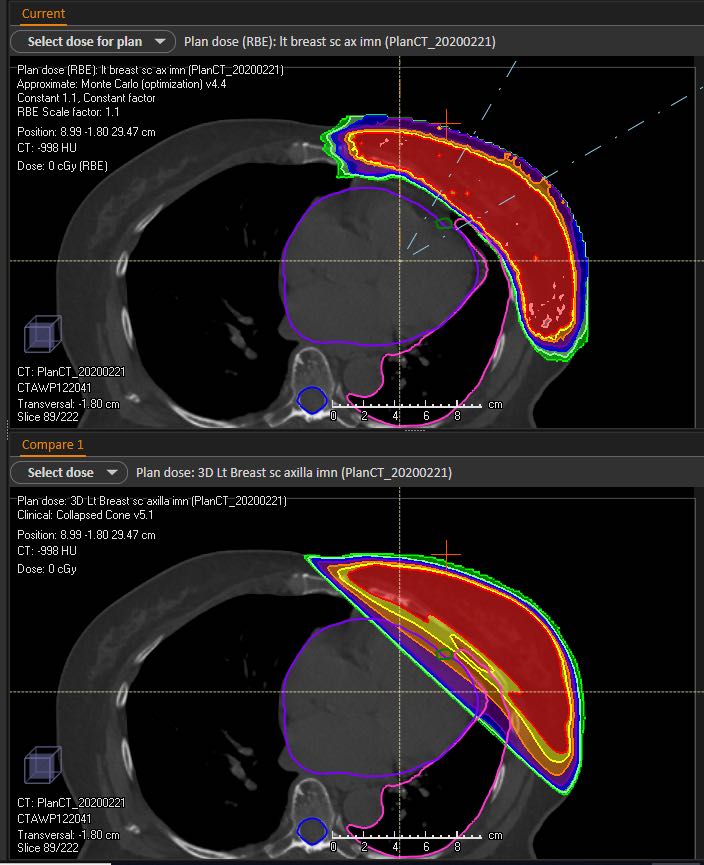 Proton beam radiation therapy is an FDA-approved treatment modality. Proton beam therapy directs a beam of protons (positively charged subatomic particles) at the radiation target, where they deposit the bulk of their energy in the last few millimeters of their range; tissue beyond the tumor receives very little radiation dose because of the absence of exit dose. Given the physical characteristics of protons (no exit dose), proton beam therapy may reduce the cardiovascular toxicity of radiation treatment compared to other forms of photon-based external beam radiotherapy by reducing the radiation dose to the parts of the heart during comprehensive nodal irradiation for locally advanced breast cancer.

A previously healthy 81 year old woman was diagnosed with stage pT1cN1a (stage IIB) infiltrating lobular carcinoma of the left breast, ER 90%, PR 5%, HER2 3+ (positive). She underwent a lumpectomy and sentinel node biopsy, which showed 2 of 2 sentinel lymph nodes to be involved with carcinoma. Because her disease was HER2 positive, she received adjuvant chemotherapy and HER2 targeted therapy. During her systemic therapy, she developed atrial fibrillation, for which she underwent cardioversion and anticoagulation. She was recommended to receive radiation therapy to the left breast and comprehensive regional lymph nodes in the setting of HER2 positive, node-positive lobular breast cancer. 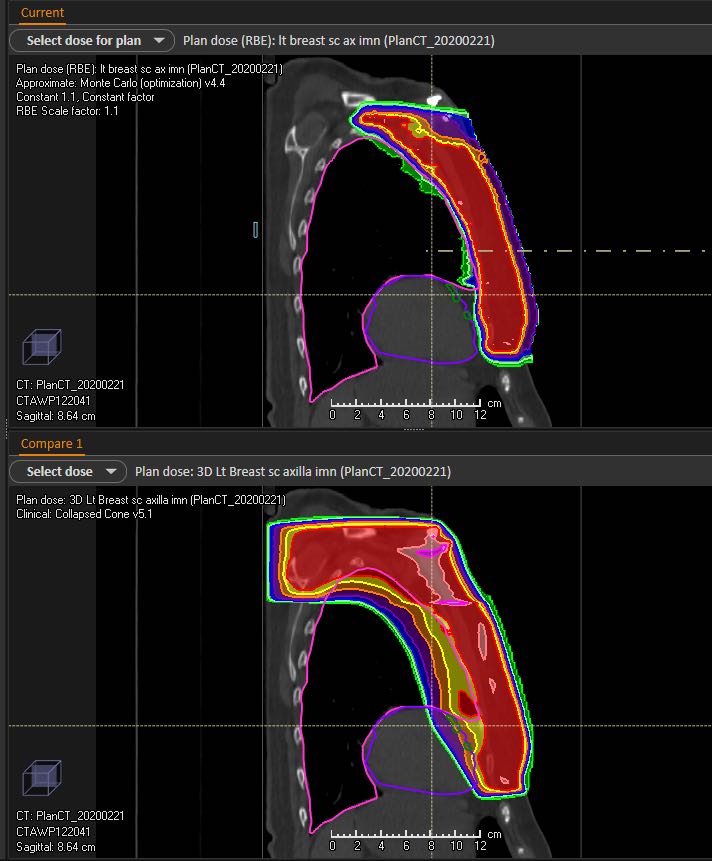