RCC: Local Recurrence Can Be Cured with Surgery 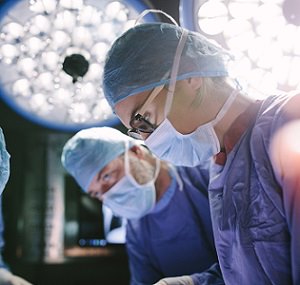 “More than half of these patients were cured with a second surgery, and were able to avoid systemic chemotherapy.”

A small subset of patients with renal cell carcinoma (RCC) have a local recurrence – a return of cancer near the kidney, with no evidence of distant metastasis. “This is rare,” says urologist Nirmish Singla, M.D., M.Sc., who recently was part of a Brady team that looked at how these patients have fared at Johns Hopkins. “Of more than 3,000 patients with RCC treated at the Brady since 2004, we found that only 30 developed an isolated recurrence around or near the kidney. Our findings were encouraging: More than half of these patients were cured with a second surgery, and were able to avoid systemic chemotherapy.”

This work was published in Urology. The paper’s first author, Shagnik Ray, M.D., a Johns Hopkins medical student, now is a Urology resident at Ohio State University. “This is an important study for patients with this rare recurrence,” says Singla. “It provides data supporting an aggressive surgical approach for patients with localized disease, and offers hope for a cure.”