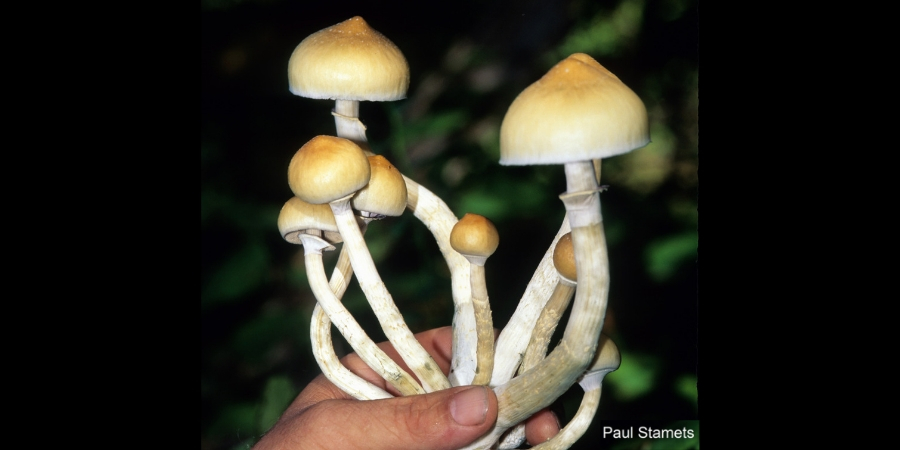 In an evaluation of the safety and abuse research on the drug in hallucinogenic mushrooms, Johns Hopkins researchers suggest that if it clears phase III clinical trials, psilocybin should be re-categorized from a schedule I drug—one with no known medical potential—to a schedule IV drug such as prescription sleep aids, but with tighter control.

The researchers summarize their analysis in the October print issue of Neuropharmacology. “We want to initiate the conversation now as to how to classify psilocybin to facilitate its path to the clinic and minimize logistical hurdles in the future,” says Matthew W. Johnson, Ph.D., associate professor of psychiatry and behavioral sciences at the Johns Hopkins University School of Medicine. “We expect these final clearance trials to take place in the next five years or so.”

Following the Controlled Substances Act of 1970, any drug with the potential for abuse is categorized based on criteria that take into account whether the drug has accepted medical use, and its safety and the potential for abuse. Although preliminary research studies suggest that psilocybin may be effective for smoking cessation and for disorders such as cancer-specific depression and anxiety, it must clear phase III clinical trials before the Food and Drug Administration can be petitioned to reclassify it.

Although relatively low risk with low abuse potential, researchers suggest psilocybin remain only in the hands of health care professionals. Click to Tweet

Studies in animals and humans both show low potential for abuse, the researchers say. When rats push a lever to receive psilocybin, they don’t keep pushing the lever like they do for drugs such as cocaine, alcohol or heroin. When it comes to human studies, people who have used psilocybin typically report using it a few times across their lifetime.

As for safety, studies show it frequently falls at the end of the scales with the least harm to users and society, say the researchers. Psilocybin also is lowest in the potential for lethal overdose as there is no known overdose level.

“We should be clear that psilocybin is not without risks of harm, which are greater in recreational than medical settings, but relatively speaking, looking at other drugs both legal and illegal, it comes off as being the least harmful in different surveys and across different countries,” says Johnson.

That being said, although psilocybin is relatively less harmful than other drugs and not prone to compulsive abuse, the researchers don’t recommend releasing psilocybin into patients’ hands even with a prescription. “We believe that the conditions should be tightly controlled and that when taken for a clinical reason, it should be administered in a health care setting monitored by a person trained for that situation,” says Johnson. The researchers foresee that the process for psilocybin use in the clinic would be similar to how an anesthesiologist prescribes and administers a drug, minimizing the potential for abuse or harm.

Additional authors include Roland Griffiths and Jack Henningfield of Johns Hopkins and Peter Hendricks of University of Alabama, Birmingham.

The analysis was funded by grants from Heffter Research Institute, Pinney Associates and National Institute of Drug Abuse (RO1DA03889).