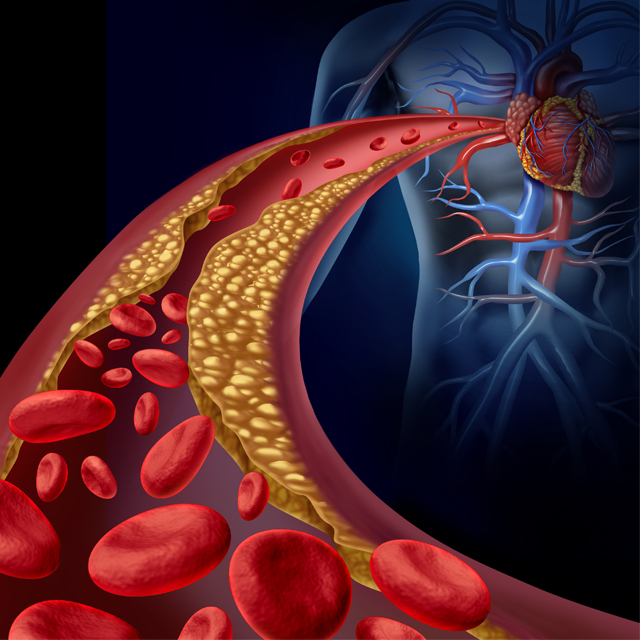 Drugs that inhibit the action of a protein called proprotein convertase subtilisin/kexin type 9 (PCSK9) are used for patients whose cholesterol remains high despite treatment with statins. But studies by Leucker, a cardiac critical care physician and director of basic and translational vascular biology research at the Johns Hopkins Ciccarone Center for the Prevention of Heart Disease, and others suggest that PCSK9, beyond raising cholesterol, mediates inflammation in a variety of tissues, including the endothelial cells lining blood vessels. Knowing that heart attacks bring a huge wave of inflammation, Leucker proposed giving heart attack patients a PCSK9 inhibitor in addition to standard therapies.

In a small clinical trial called EVACS (Evolocumab in Acute Coronary Syndrome), Leucker and his cardiology colleagues Steven Schulman, Gary Gerstenblith, Steven Jones, Michael Blaha and Thomas Schindler, and research program coordinators Frances Kirkland and Christine McLeod, are evaluating the effects of administering one dose of the PCSK9 inhibitor evolocumab during hospital admission for a heart attack on outcomes such as cholesterol, heart and blood vessel inflammation, and serum markers of endothelial cell function in the hospital and 30 days later, as well as the heart’s function. The double-blind, placebo-controlled study of 60 patients is the first to investigate evolocumab in this setting.

“Our idea is that by giving the patients a PCSK9 inhibitor, we can limit the degree of inflammation and thereby improve healing of the injured heart muscle, stabilize plaques and prevent any new heart attacks during the high-risk, 30-day period following a heart attack,” Leucker says.

The trial emerged from a friendly discussion while walking down the halls when Leucker was a fellow, says Jones, director of inpatient cardiology.

“The implication of all this is rather large,” he says. “If we find there is a striking improvement in outcome by giving both of these drugs early, this may become a new strategy to lower the early- and long-term risks and preserve heart function after a heart attack, which is a completely different philosophy regarding the use of these drugs.”

Inflammation is one of several targets Leucker is studying in the vascular biology program. Others include evaluating high-density lipoprotein (HDL) in inflammation and monitoring lipoprotein(a) and its effects on conditions such as aortic stenosis. The researchers also are studying cells from other patients who are subject to inflammation, such as those with HIV and diabetes, in search of interventions that could protect against inflammatory insults.

“Our goal is to integrate the basic science and clinical components of the vascular biology program and develop bench-to-bedside projects to directly help our patients,” Leucker says.