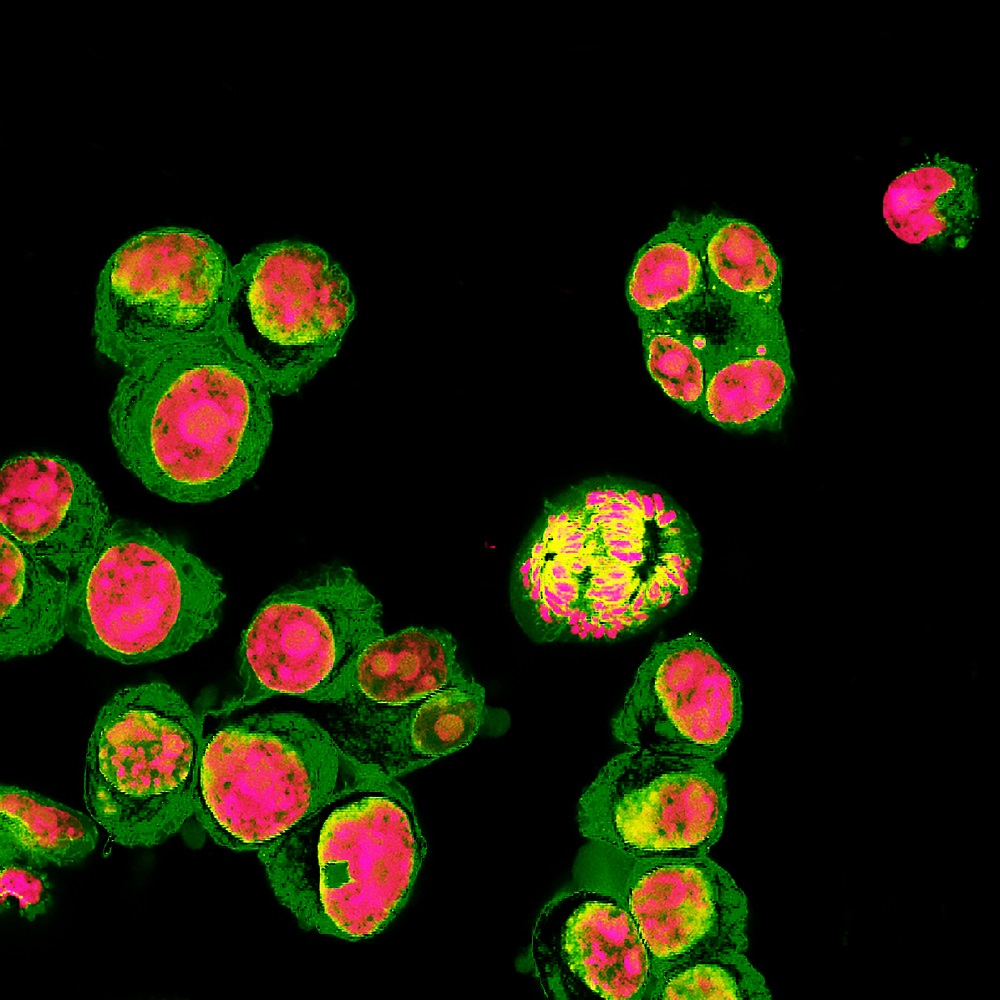 The study, led by Johns Hopkins neurosurgeon-scientists, sheds light on the mechanisms involved in cancer and could lead to new treatments for olfactory neuroblastoma. Image shows cellular image of neuroblastoma.

Even for clinician researchers with decades of experience at the bench, science can continue to surprise. Case in point: a recent study that links several patients with a rare nasal/sinus cancer to deletions in a muscle development gene. The study, led by Johns Hopkins neurosurgeon-scientists, sheds light on the mechanisms involved in cancer and could lead to new treatments for this orphan disease.

“In terms of research linking genetic alterations to cancers, this is a true mountain and not a molehill,” says study leader Gary Gallia. “It’s fairly rare that a single gene is tied so tightly to the same cancers in unrelated people.”

Their study focused on olfactory neuroblastomas, a tumor type that make up just 6 percent of all sinus and nasal cancers with a prevalence rate of one person out of every 2.5 million. Nationwide, that translates to about 100 to 200 diagnosed cases each year. Johns Hopkins neurosurgery’s skull base center is among the most experienced in treating patients with olfactory neuroblastoma. The center also has a robust supply of tissue samples from these tumors.

The researchers used samples taken from nine men and two women with this disease, all patients at Johns Hopkins treated over seven years. They sequenced the parts of the genomes that make up the genes and not the spaces between the genes. Although they found two tumor samples had mutations in a large gene that makes the protein Titan, a molecular spring responsible for muscle passive elasticity, the researchers were unsure if these mutations may have contributed to formation of the cancer as they didn’t see much else in common among the samples.

Next, they chose six of these samples at random and did whole genome sequencing that looks at the DNA that makes up the genes and the DNA between the genes.  This time they found that five of the six samples had deletions on the X chromosome—in every case, the deleted portion of DNA spanned the gene DMD, which codes for the protein dystrophin, one of the genes implicated in muscular dystrophy.

The study, led by Johns Hopkins neurosurgeon-scientists, sheds light on the mechanisms involved in cancer and could lead to new treatments for olfactory neuroblastoma. Click to Tweet

They then reexamined the original tumor samples, as well as a few others, with other techniques to look for deletions in dystrophin. In total, they found 12 out of 14 tumors had deletions in the DMD gene. In one tumor that didn’t have a DMD deletion, they found a deletion in another muscular dystrophy gene: LAMA2.

Study co-leader Chetan Bettegowda says their finding was unexpected because perceptions of nasal and sinus tissue don’t immediately bring to mind a dominant role for muscle tissues. But, among geneticists, he says, it’s well known that many developmental genes that help form the tissues of the human body are multipurpose.

“Now that we believe we know the genetic cause of olfactory neuroblastoma, we can devise ways to disrupt the cancer, learn how it forms and explore new ways to treat it,” says Bettegowda. “This was really an unexpected but fruitful finding.”