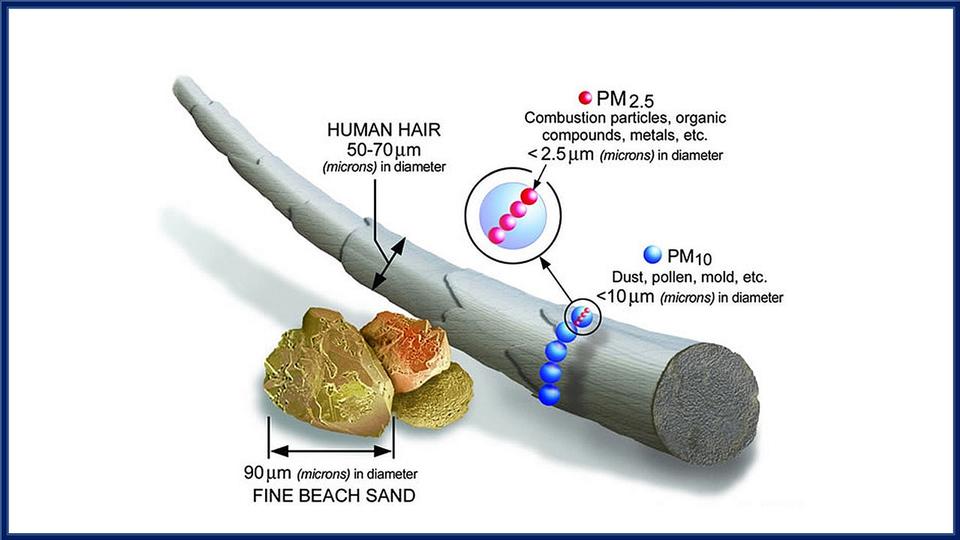 A new @hopkins_ent study shows how air pollution may contribute to loss of smell. Click to Tweet

The loss of smell, a condition known as anosmia, can severely impact a person’s quality of life, making it extremely difficult to taste foods, detect airborne hazards in the environment and carry out other functions dependent on the sense. Those with anosmia may experience weight concerns, decreased social interaction, depression and general anxiety. In some cases, loss of smell has been linked to death in older adults. Now, Johns Hopkins Medicine researchers have studied one of the known causes of anosmia — long-term exposure to air pollution — to better understand how it can rob someone of the ability to smell and taste.

“We included participants from a variety of areas in our study; however, most lived in urban areas where pollution levels are highest,” says lead author Murugappan “Murray” Ramanathan, M.D., rhinologist and associate professor of otolaryngology–head and neck surgery at the Johns Hopkins University School of Medicine. “We wanted to assess how their exposure to PM2.5 air pollution — inhalable, particulate matter less than 2.5 micrometers in size or about 30 times smaller than the diameter of a human hair — might cause them to lose their sense of smell.”

According to the U.S. Environmental Protection Agency (EPA), PM2.5 (the PM stands for “particulate matter”) is the term for a mixture of solid particles and liquid droplets found in the air. Depending on location, PM2.5 can consist of many materials, incuding dust, dirt, soot, smoke, organic compounds and metals. It has been linked to cardiovascular disease, lung cancer, decline in cognitive thinking ability, chronic obstructive pulmonary disease, asthma and premature death. Previous research has associated PM2.5 as a likely culprit in loss of smell — a connection that Ramanathan and his team decided to explore in greater detail.

In their study, the researchers looked at 2,690 people, age 18 and older, who were evaluated by otolaryngologists between January 2013 and December 2016. Of these, 538 were diagnosed with anosmia, with an average age of 54 and with men making up the majority (339 or 63%).

Air pollution data for the study came from the EPA’s Air Quality System. The researchers fed the data into a complex computer model — incorporating meteorological and satellite-based environmental measurements, land-use information and simulations of airborne chemical movement — to estimate the PM2.5 pollution levels within the participants’ residential ZIP codes. The model was created by Zhenyu Zhang, a Johns Hopkins Medicine otolaryngology postdoctoral fellow.

The researchers found long-term airborne exposure to PM2.5 increases the risk of losing one’s smell by nearly twice (a 1.6- to 1.7-fold increase). They believe this may occur because the location of the olfactory nerve — which contains the sensory nerve fibers relating to the sense of smell — places it directly in the path of inhaled PM2.5 materials.

“Based on this result, we feel that long-term exposure to high levels of PM2.5 represents a common risk factor for the loss of sense of smell, especially in vulnerable populations such as older people — but also one that is potentially modifiable if sources of PM2.5 components can be better controlled,” says Ramanathan.

Next, the researchers plan to study socioeconomic factors among patients with anosmia to determine if they impact the chances of exposure to PM2.5 air pollution. They also hope to evaluate other air pollution components that may contribute to loss of smell, such as ozone.

Ramanathan is available for interviews.