Two pivotal clinical trials announced this spring found that transcatheter aortic valve replacement (TAVR) could be used to safely treat aortic stenosis even in patients with a low risk of death from surgery. Results from the PARTNER3 and EVOLUT trials, presented at the American College of Cardiology’s annual meeting in New Orleans and published simultaneously in the New England Journal of Medicine, demonstrated that patient outcomes were superior or at least as good in those treated with TAVR compared with those receiving surgical aortic valve replacement. In August, the U.S. Food and Drug Administration approved TAVR in low-risk patients.

Cardiologist Jon Resar, a co-author of the EVOLUT study and director of the Adult Cardiac Catheterization Laboratory at The Johns Hopkins Hospital, answers our questions.

Q: How significant are these results?

A: These studies are revolutionary and they’re going to change all of our practices. It’s been clearly established now that TAVR is equivalent or superior to surgical aortic valve replacement basically in all patients, irrespective of surgical risk, and it’s probably better in most patients than surgery with respect to stroke and mortality. This is possibly one of the single most impactful procedures in cardiology and cardiac surgery in the last three decades.

Q: Who is a good candidate for this procedure?

A: The real question is, “Who isn’t a good candidate?” There was no lower age criteria in the EVOLUT study; in the PARTNER3 study, the lower age was 65. So almost everyone with severe aortic valve stenosis is a candidate for TAVR.

There are some anatomic subsets that would make you a better candidate for surgery. Patients with bicuspid disease, a congenital abnormality, were excluded from this study. There are now separate studies going on in bicuspid patients, but those studies are still several years from completion. So if someone is under 65 and has a bicuspid valve, it might be best that they get a bioprosthetic valve surgery first. Then, when that valve wears out in 10–15 years, a TAVR procedure could be done wherein we slip a TAVR valve inside a surgical valve.

If you have an enlargement of the ascending aorta, it would probably be best to address both the aorta and the valve at the same time. Those often go hand in hand with a bicuspid valve. Also, if somebody has severe coronary disease that would necessitate bypass surgery as opposed to multivessel stenting, they would probably be better served by having surgery. Nearly everyone else is a candidate for TAVR. 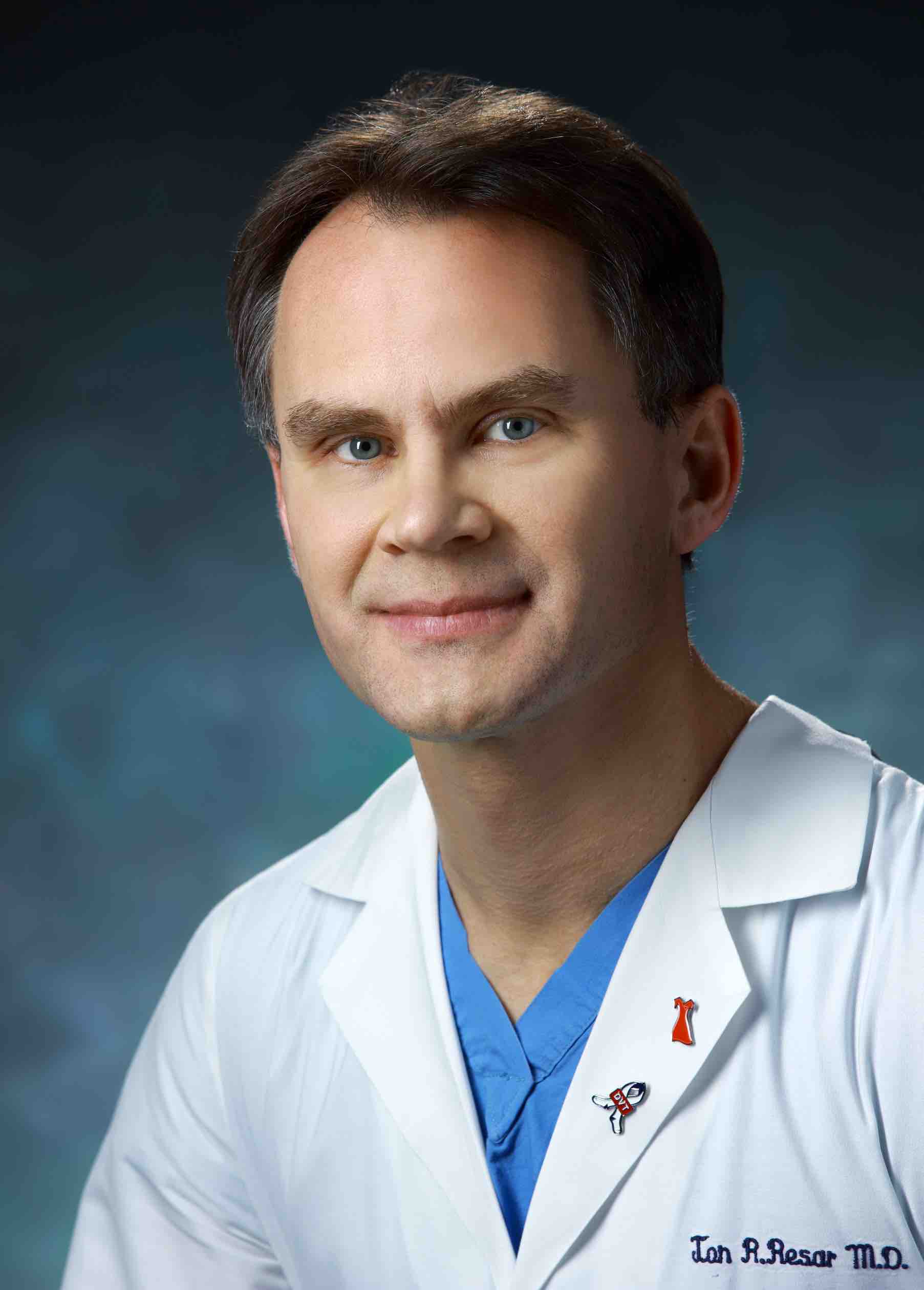 "This is possibly one of the single most impactful procedures in cardiology and cardiac surgery in the last three decades." - Jon Resar, director of the Adult Cardiac Catheterization Laboratory at The Johns Hopkins Hospital

Q: What were some of the key findings of the studies?

A: In the PARTNER3 study, one of the secondary endpoints was death or stroke at 30 days. It was 1% in the TAVR arm and 3.3% in the surgery arm, and that was statistically significant with a p-value of 0.01. Those are hard endpoints, what patients want to know: What is my chance of dying or having a stroke? If it’s three times higher with surgery, it really makes patients think. All-cause mortality or disabling stroke at two years was 5.3% in the TAVR arm for the EVOLUT study and 6.7% in the surgical arm — a 1.4% absolute difference. If you look at a 30-day composite endpoint of mortality, stroke, bleeding, kidney injury or major vascular complications in the TAVR arm, at 30 days it was 5% and in the surgery arm it was 10.7%, so it was doubled with surgery.

Q: What are some of the other benefits to TAVR?

A: Eighty percent of patients go home the day after a TAVR, whereas with surgery they’re in the hospital anywhere from four to six days. The hemodynamics also are better with the TAVR valve. This should lead to better durability for a TAVR valve than a surgical valve. Out of 900 TAVRs I’ve done since 2011, I have yet to have to replace one because it’s degenerated, whereas many surgical valves have to be replaced five to nine years later.

Q: What else is important?

A: What’s really important is the assessment — all of these patients have to be seen by a valve team consisting of interventional cardiologists and cardiac surgeons. We look at the patient in totality to assess everything about them to see whether they would be a candidate for surgery versus TAVR. Our decision is made by consensus.

The other thing is that volume matters. The more of these cases that an institution does, the better the outcomes. Johns Hopkins is the busiest program in Maryland and one of the largest on the East Coast. All of our data is submitted to a national registry, and we take higher risk patients and have better outcomes. It’s not infrequent that other hospitals will turn down a patient and they end up coming here.

Refer a Patient — Consult a Specialist

To refer a patient, call the Johns Hopkins Structural Heart Disease Clinic at 410-614-1132.

Since April 2017, the procedure has been offered at Suburban, thanks to a multidisciplinary team including cardiologists Gregory Kumkumian, medical director of the Cardiac Catheterization Laboratory at Suburban, Rani Hasan, regional medical director for the Structural Heart Disease Program at Suburban, and Eric Lieberman; cardiac surgeons Thomas Matthew, and Philip Corcoran; and nurse practitioner/program coordinator Mandy Murphy. About 70 patients have been treated so far.

“The results are very encouraging,” says Hasan. “We are in line with or better in most categories than national standards despite being a community-based program.” Adds Kumkumian, “Our length of stay has been excellent, with the majority of our patients being discharged within one to two days. Complication rates are low, and our patient satisfaction is very high. The advantage of having patients in our area be able to have this procedure at their local hospital is really tremendous.”