Most of the lung disease in scleroderma occurs in the early phase of the disease. As a physician, what would you do if a patient with these hands came to your office with shortness of breath?

The first thing to remember is that everybody with a diagnosis of scleroderma is at risk of developing lung disease — either interstitial lung disease (ILD),  which affects about 60 percent of patients, or pulmonary vascular disease, which can lead to pulmonary hypertension (PH) in as many as 10-15 percent of patients. The true prevalence of PH is likely even higher; the definition has been changed from 25mmg to 20mmHg on right heart catheterization (RHC).

And the true prevalence of clinically important pulmonary vascular disease is understudied; with early detection, we are discovering that early changes often transition to life-threatening PH.

Can biomarkers predict the course of scleroderma lung disease?

Yes. The main antibody associated with ILD is anti-topoisomerase-1 (anti-topo-1).

•  Anti-Th/To, associated with patients who have limited skin disease but an increased risk of lung disease.

Other biomarkers that can help predict progression of ILD:

• KL-6, a glycoprotein, used in Europe and Japan

• CXCL8 and CXCL4, chemokine ligands, used in the research arena.

What about bronchoalveolar lavage (BAL)?

ILD, BAL has fallen by the wayside in scleroderma lung disease. We don’t do it anymore to define ILD activity.

What is the best protocol to detect ILD and emerging pulmonary vascular disease or PH?

Neither the patient nor the doctor will pick up early disease! Patients will be asymptomatic even though they may have active lung disease, and the doctor may not hear it with the stethoscope. We want to pick up disease early, because early intervention allows potential for reversing activity. Once the lung gets fibrotic, we move into a realm of irreversible disease.

Every patient with scleroderma should be looked at with a lung function test and high-resolution CT scan (HRCT).

HRCT is likely to be more sensitive than a lung function test. The presence of interstitial changes, particularly fibrosis, on HRCT predicts progression. Two things you will see on HRCT in scleroderma-related lung disease: “ground glass” changes – like you’re looking through a glass that’s hazy. That is early inflammation that is potentially reversible. These changes transition into thickened white streaks, which are fibrosis and less likely to be reversible.

Lung Function Test: A sensitive and important measure to follow is forced vital capacity (FVC). If FVC is normal and the HRCT scan is normal, this is extraordinarily reassuring, and predicts that the patient does not have active disease. In newly diagnosed patients, we recommend doing a repeat FVC study in 6 months, and if it’s still negative, and there are no symptoms, moving to yearly surveillance.

Most of the lung disease in scleroderma occurs in the early phase of the disease.

After five years of follow-up, it is far less likely that lung disease will occur. Some patients have late-onset lung disease, but the great majority who develop lung disease will do so in the first three years of disease. That’s the time frame for doing regular lung screening, particularly in patients at higher risk. The FVC is the best measure to follow patients sequentially. If a patient is losing 10 percent or greater of predicted FVC, that would be a sign of activity.

DLCO: Impaired diffusing capacity of the lung for carbon monoxide (DLCO) can fall if there’s injury to the lung with ILD. But what we also see in scleroderma is a disproportionate fall in DLCO – for example, someone might have an FVC of 90 percent, and a diffusing capacity of 50 percent. When the DLCO is disproportionately low to the vital capacity, we worry about pulmonary vascular disease. With ILD, we’re talking about the alveoli; with pulmonary vascular disease, we’re talking about the circulation that surrounds those alveoli to pick up the oxygen. The blood vessels get diseased, which can lead to vasculopathy in the small blood vessels. The loss of lung volume can lead to PH as the right heart gets stressed, and PH is deadly: unfortunately, 50 percent of patients with PH die within three to five years.

Early detection is the key.

In patients when DLCO is decreased – and particularly when it’s decreased out of proportion to the FVC, do an echocardiogram. Look for evidence of PH by looking indirectly at the function of the heart. If the echo is abnormal, then we move to further diagnostic tests, such as right heart catheterization, to prove whether they do or don’t have PH. PH can occur in the absence of ILD, but also in the presence of ILD. Every patient should be screened by a lung function test, HRCT, and an echocardiogram.

If these tests are normal, we usually do the echo once yearly. So every patient should get a lung function test every 6—12 months, and an echo once a year. And in individuals who have a disproportionate drop in DLCO or a gradual increase in the ECHO estimated right ventricular systolic pressure, worry about emerging PH. An exercise ECHO is being tested at Hopkins to help screen patients for early PH. Right heart catheterization is necessary to fully define if PH is present, and if it is due to pulmonary arterial hypertension or left heart disease.

What is the current approach to managing ILD?

The initial approach is immunosuppressive therapy. Previously, cyclophosphamide had been shown in a clinical trial to benefit patients with evidence of ILD. But overall, it was disappointing; the effect was not necessarily long-lasting, and there were potential side effects. In a second trial, mycophenolate mofetil was shown to have an equivalent benefit to cyclophosphamide, with fewer side effects.  But it wasn’t universally successful; some patients would continue to progress. Rituximab, an agent that targets activated B cells, also has proven to be beneficial in cases failing mycophenolate.

There are new drugs that don’t directly suppress the immune system, but affect the process of fibrosis. These agents are approved for another fibrotic lung disease, idiopathic pulmonary fibrosis. One is a tyrosine kinase inhibitor (nintedanib), the other is pirfenidone. A recent study published in the NEJM showed that nintedanib slowed the loss of lung volume compared to placebo: patients were treated either with the active drug or placebo; but both groups were allowed to use mycophenolate. The group who got the drug lost less lung volume compared to the placebo group; those who had mycophenolate plus nintedanib did even better with the combined immunosuppressive therapy and antifibrotic agent. The usefulness of nintedanib needs to be defined with further studies, but it is one of the first anti-fibrotic agents to show progress in scleroderma-related ILD. Pirfenidone is on the market for idiopathic pulmonary fibrosis, and has not yet been approved by the FDA for scleroderma. So, immunosuppression seems to work for some, but not all, patients, and the new wave is to use combination therapy.

What about lung transplant for patients with advanced scleroderma lung disease?

In general, if patients do not have other serious disease, they do just as well with lung transplant as other patients who have similar disease, like pulmonary hypertension for other reasons, or idiopathic pulmonary fibrosis. Many transplant centers accept scleroderma patients, and they put in a gastric tube to prevent reflux; the tube is temporary through the surgery and recovery phase. Patients are now getting a bilateral lung transplant. The mean survival after lung transplant is around five years, but we have some patients out 10 to 15 years after transplant, who are still doing well.

Annals of the Rheumatic Diseases

Autoantibodies and scleroderma phenotype  define subgroups at high- risk and low-risk for cancer.
Annals of the Rheumatic Diseases

Lung disease is the #1 killer of patients with scleroderma.

At highest risk for interstitial lung disease are individuals who:

• are African American or Native American

• are in the early phases of disease

Scleroderma patients in our research database

Visitors from around the world to our website in 2018 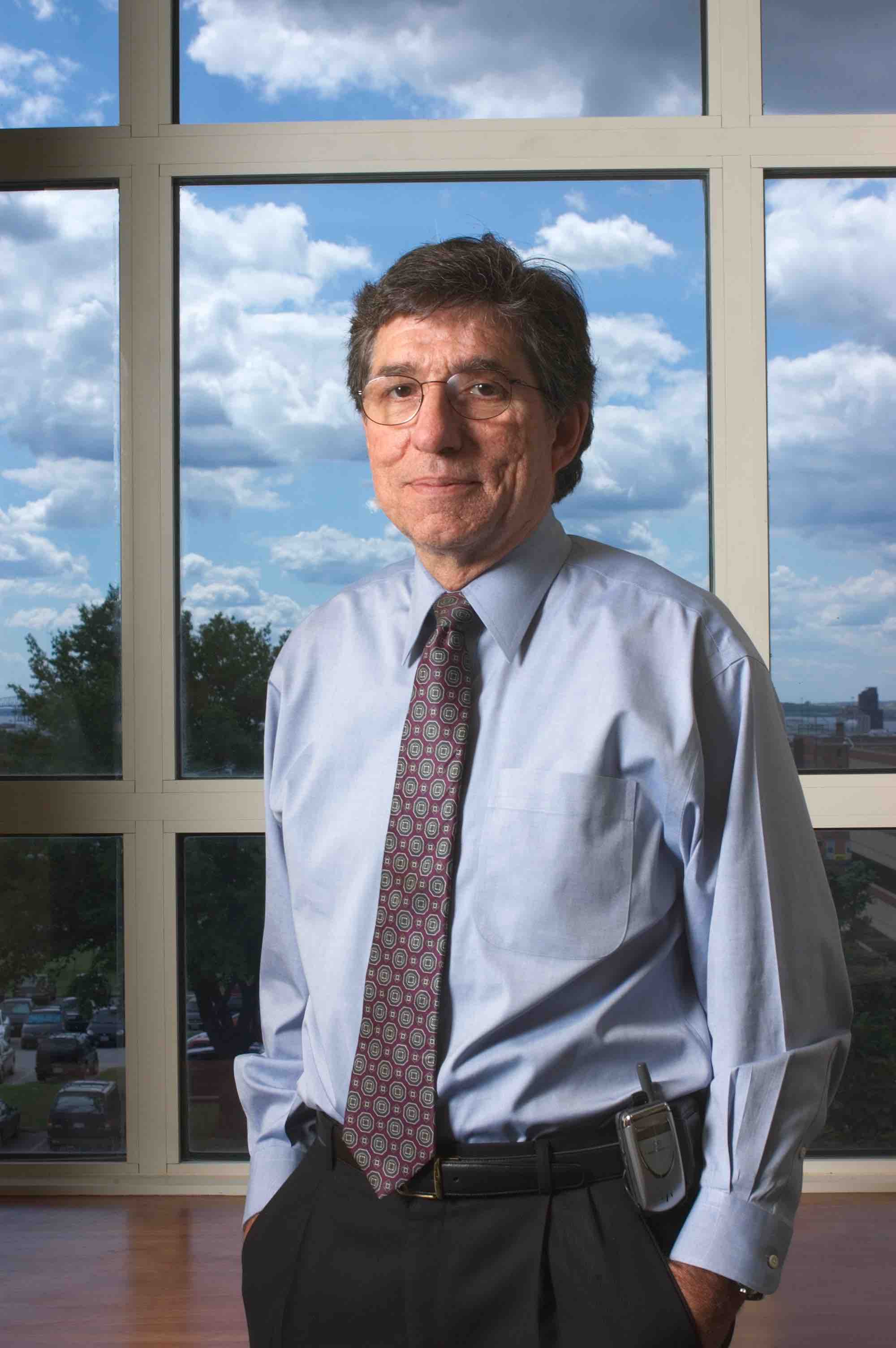 Fred Wigley, the founder and Director of the Johns Hopkins Scleroderma Center, is an internationally recognized clinician scientist. The author of more than 180 scholarly publications, he is a co-editor and author of the second edition of the textbook, Scleroderma: from Pathogenesis to Comprehensive Management, author of the chapters on Raynaud’s phenomenon for the popular online “Up-to Date” program for physicians, and co-author of the chapter, “Clinical Features and Treatment of Scleroderma,” in Kelley and Firestein’s Textbook of Rheumatology. Wigley received the American College of Rheumatology's (ACR) Distinguished Clinician Scholar Award in 2009 and was recognized as a Master by the ACR in 2011.