November 30, 2016
A three-dimensional, computer-generated image of a group of erythromycin-resistant group A Streptococcus, arranged in chains.

It was a relatively unremarkable pregnancy, labor and delivery for the 36-year-old first-time mother. Induced after she went past her due date, she gave birth to a healthy baby boy at her local community hospital without an epidural on March 18, 2016. The only immediate consequence was a third-degree tear, not uncommon for a first birth.

But, within a day of delivery, this routine birth slowly took a turn for the worse. The patient began complaining of intense abdominal pain and profuse diarrhea. She developed a fever, and her blood pressure began to drop lower and lower. Transferred to her hospital’s ICU, she was given fluids and an antibiotic, then two, then three, but she still developed septic shock. Although her blood cultures showed clear signs of infection, a pelvic exam, CT scan and ultrasound showed no obvious source. As her life-threatening complications grew worse, the patient, her family and her doctors made the decision to transfer her to Johns Hopkins, says Arthur Vaught, a subspecialist in both critical care and maternal-fetal medicine at The Johns Hopkins Hospital.

To save their new patient, Vaught and his colleagues knew it would be critically important to identify the source of the infection. Enlisting colleagues in gynecologic oncology, who often assist in complex cases that involve complicated wounds or necessitate surgery, the doctors carefully removed the third-degree laceration sutures. There, they found black, necrotic tissue. The patient was soon in the operating room for a tissue debridement of that infected tear. While she was sedated, the team also performed an endometrial biopsy.

Although the patient’s condition improved after this procedure—reducing her need for vasopresor therapy—blood tests and her persistent tachycardia showed that the infection remained. “It was clear that we didn’t have source control,” Vaught remembers.

Soon, results of the endometrial biopsy returned positive for group A Streptococcus, suggesting that this relatively uncommon infection continued unabated in her uterus. Vaught and his colleagues knew that the likely cure was a hysterectomy, but the decision to move ahead was fraught. “It’s an especially grave move to remove the uterus of a young woman who has previously been healthy and take away her ability to carry future children,” Vaught says. “We all felt a heavy burden in trying to decide if this was really the right thing to do.” 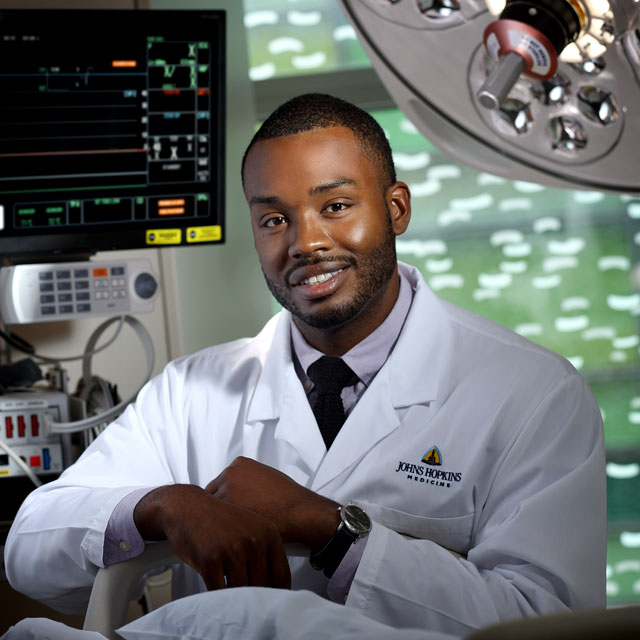 After extensive meetings with members from gynecologic oncology, critical care and infectious diseases specialists, and counseling the patient’s family, Vaught and his colleagues moved forward with a total abdominal hysterectomy. As they made their initial incisions and entered the peritoneal cavity, it was clear that they’d made the right choice, he recalls. Abundant infectious fluid spilled out of the patient’s abdomen, and necrotic tissue filled her uterus. Her condition steadily improved after surgery, and within 10 days, she was able to leave the hospital to enjoy her new baby.

“When a young mother is critically ill, it hits home for everyone,” says Vaught, who treats patients with a variety of emergent obstetric conditions, including HELLP syndrome, postpartum hemorrhage, peripartum cardiomyopathy and others. “It is a privilege to work with a medical faculty and staff dedicated to caring for sick, pregnant women. We all feel a sense of both accomplishment and humility when we are able to successfully bring a woman out of her critical illness and reunite her with her baby, family and community.”