Shots Fired: Gunshot Victims Require Much More Blood and Are More Likely to Die Than Other Trauma Patients 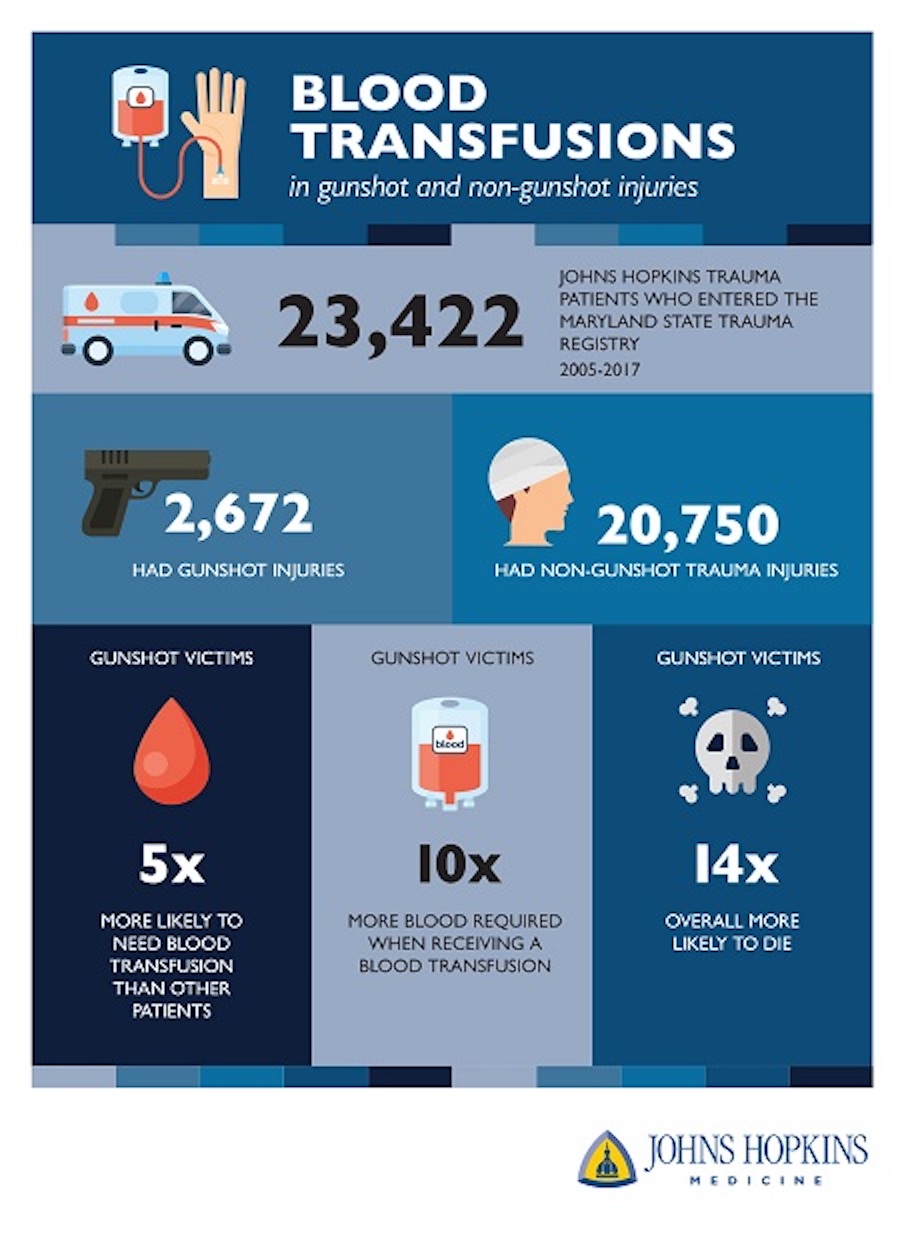 A report of the findings of the study, designed to better understand demands for and shortages of blood transfusion products, was published Sept. 13 in Transfusion.

“Blood products cost a lot, come with a lot of risks for those transfused, and are scarce, so understanding what kinds of trauma are most likely to require more of them can help hospitals improve outcomes for trauma victims,” says Steven Frank, M.D., professor of anesthesiology and critical care medicine at The Johns Hopkins University and the study’s corresponding author.

To better understand the extent of blood use and associated costs for gunshot wound (GSW) victims, Frank and colleagues analyzed data from 23,422 Johns Hopkins Hospital trauma patients entered into the Maryland trauma registry from 2005 to 2017.

When comparing all patients, the researchers found that GSW patients needed 10 times more units of blood than non-GSW patients

“The most likely explanation for these findings is the dramatic degree of injury severity in gunshot victims compared to all other types of trauma, including stab wounds,” says Frank. 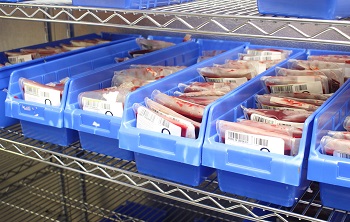 The Johns Hopkins Hospital blood bank is always ready to activate a mass transfusion protocol for patients who need large amounts of blood.

In their analysis of cost for blood transfusions, the research team compared two types of costs: acquisition costs, or the cost of the unit itself ($200 per unit of red blood cells, $500 per unit of platelets, $50 per unit of plasma and $250 per dose of cryoprecipitate), and activity based costs, which are acquisition costs plus a fourfold increase for overhead that includes storage, viral testing, transport, compatibility testing and the cost of giving the blood to the patient.

“For emergency preparedness purposes, hospitals that treat trauma need to have a sufficient amount of blood in the bank in order to treat patients coming in with gunshot wounds,” says Frank.

In the United States each year, over 116,000 people are injured and over 38,000 people die from gun-related injuries.

COI: Steven Frank has been on advisory boards for Haemonetics and Medtronic. Paul Ness has consulted for New Health Science and Terumo BCT.