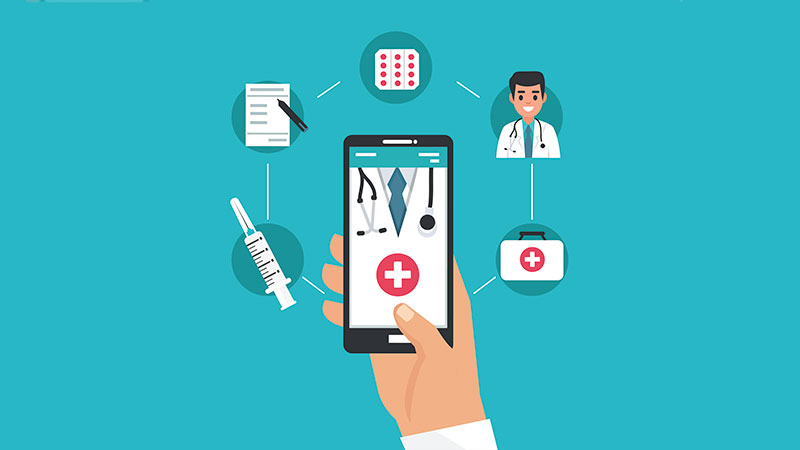 Small pilot study shows video app to be as effective as in-person observation of medication adherence for TB patients.

Johns Hopkins researchers report success with a smart phone video-based app that substitutes for a daily in-person visit by a health care worker required for tuberculosis treatment known as directly observed therapy, or DOT. The preliminary study showed that the app may be less costly and may improve privacy concerns raised by patients compared to in-person visits.

A summary of the study that investigated the app, which provides video Directly Observed Therapy (video DOT), was published on April 26 in Open Forum Infectious Diseases.

health care workers to assure compliance with drug treatment, but also empowers patients to manage their TB without added stress,” says Samuel Holzman, M.D., a research fellow in the department of infectious diseases at the Johns Hopkins University School of Medicine.

Tuberculosis is one of the few diseases in the U.S. with state and federal provisions outlining recommended and sometimes required measures to ensure that patients adhere to treatment. These recommendations include provisions for home or hospital based isolation or occasionally forced isolation for infectious individuals. Treatment for tuberculosis is effective and benefits not only the patient, but the public by reducing the chances of ongoing transmission.

The reason for these mandates, says Holzman, is the disease’s virulence. Unlike the flu or the common cold, Mycobacterium tuberculosis, the bacteria that causes infectious tuberculosis, can hang in the air for extended periods when expelled by the coughs or saliva of patients, spreading to others across a room or through a building’s ventilation. Many people with active TB also have relatively few symptoms, allowing the bacteria to spread before a diagnosis is made.

Tuberculosis is typically treated for six months with a battery of daily antibiotics that include a multidrug combination that can be challenging patients to take. The number of side-effects related to the drugs and the motivation needed to continue the long treatment courses can cause patients to stop their treatment early without appropriate monitoring and strong support. Treatments become even more intensive when caring for multidrug or extensively drug-resistant TB, which require additional antibiotics and can take up to two years to bring under control.

As such, most local health departments in the U.S. require that health care workers observe patients taking their medications to document that they were taken correctly and to monitor for side-effects. In most cases, in-person DOT is conducted five days a week on weekdays and is therefore costly and resource-intensive for local departments of health who absorb the costs associated with treatment.

Nonetheless, this practice helps to support patients through the difficult regimen and provides clinicians a means of tracking a patient’s progress and in-person DOT is the standard of care for TB treatment in the US and globally.  However, DOT has the potential to be logistically challenging for patients and is viewed by some patients as stigmatizing or interfering with their autonomy and privacy.

“In an era when we are focused on patient centered care, having to meet a health provider every single day is logistically challenging and can be personally invasive,” says Maunank Shah, M.D., Associate Professor of Medicine in the Department of Infectious Diseases at the Johns Hopkins University School of Medicine.

To test the effectiveness of video DOT, the researchers conducted a pilot study utilizing the widely-available smartphone application developed by emocha Mobile Health in conjunction with Shah and other clinician-scientists at the Johns Hopkins University School of Medicine.

28 adult TB patients being treated at three health departments in Maryland participated in the pilot study.  These patients had their therapy monitored using the emocha video DOT application in lieu of in-person visits by a health care worker.

The researchers found that patient adherence to treatment was approximately the same between the video DOT and in-person DOT, 94 percent and 98 percent respectively.  As importantly, when including weekends and holidays in the assessment of adherence, the researchers found that the overall proportion of prescribed doses that were verified through observation was 6 percent higher with video DOT compared to in-person DOT.

The researchers also sought to assess the app’s acceptability to patients and clinicians by conducting qualitative interviews and surveys. Ten patients and sixteen staff were interviewed and/or completed surveys after the study.  One hundred percent of the patients felt that the emocha platform was ‘easy to use’ and preferred it over in-person DOT. Staff were largely in agreement with these results and 94 percent reported they believed that video DOT was ‘effective for monitoring patient adherence’.  The researchers also reported several common themes during in depth interviews that focused on the added convenience and increased flexibility of using video DOT. Another prominent theme was the impression that in-person DOT could risk patient privacy.

The researchers also found that when compared to 5-Day/week in-person visits, video DOT was estimated to cost an average of $674 per patient, compared with $2,065 for in-person DOT. Given potential variability in the costs of software, internet data usage, mobile phones, and other components of video DOT, the researchers estimated the range of costs to implement video DOT at health departments could range from $66 to $1,449 per patient for a standard six month treatment course.

Overall, the investigators found that ninety percent of traditional in-person DOT costs are spent on health worker services. The video DOT costs were mostly in the software, phones and their data plans, with labor accounting for only 20 percent of the cost. In this study, 25 patients (89 percent) elected to use their own devices, leading to potential additional health department cost savings.

A limitation of the study is its small sample size and non-randomization. As such, the researchers say the results may not be applicable to all patients, but they see video DOT as a promising technology for helping TB programs around the world manage TB.

Because the app allows patients to record their doses without a health worker present, the researchers are hopeful that the app may facilitate more medication observation, even on weekends.

MiDOT is one of three video-based technologies that allows for asynchronous recording of patients taking prescribed antibiotic doses. Another is named Aricure that uses artificial intelligence to monitor patients, and another is SureAdhere. Other video DOT technologies listed by the CDC include Face Time, Fuze, HippaBridge, ooVoo, Skype, and Tango.

Other researchers involved in this study include Maunank Shah and Avi Zenilman of the Johns Hopkins University School of Medicine; Dr. Shah also serves as the medical director for the Baltimore City Health Department TB program.

COI: Under a license agreement between emocha Mobile Health Inc. and The Johns Hopkins University, Dr. Shah and the university are entitled to royalties on technology described in this publication. Also, the university owns shares of eMOCHA Mobile Health Inc. stock. This arrangement has been reviewed and approved by The Johns Hopkins University in accordance with its conflict of interest policies.