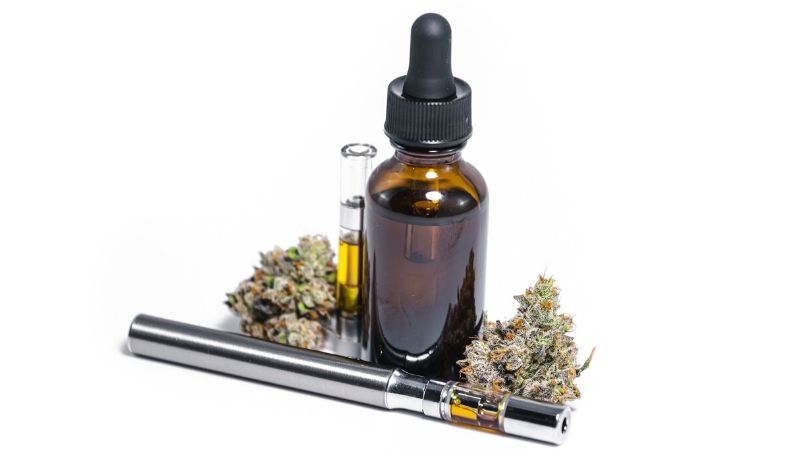 In a study of six adults, Johns Hopkins Medicine researchers report evidence that a single vaping episode of cannabis that is similar in chemical composition to that found in legal hemp products could possibly result in positive results on urine drug screening tests commonly used by many employers and criminal justice or school systems.

The U.S. government defines hemp as any crop of cannabis containing 0.3% THC or less in dry weight. THC (delta-9-tetrahydrocannabinol) is the substance in cannabis that confers a “high” and produces the subjective and cognitive effects that are typically synonymous with cannabis. The 2018 U.S. Farm Bill legalized the production and sale of hemp, and now as a result, consumer hemp products, such as oils, vaping cartridges and hemp flowers for smoking can be legally purchased in specialty stores, general retail stores and through websites across the U.S.

Hemp is now increasingly finding use in medicine and wellness markets, particularly for its component CBD, short for cannabidiol, which is one of the more than 100 cannabinoids found in the cannabis plant. According to New York-based investment bank Cowen & Co., the market for CBD last year ranged from $600 million and $2 billion in sales. Despite the size of this booming industry, it remains largely unregulated.

In a paper published Nov. 4 in the Journal of Analytical Toxicology, the researchers report that two out of six study participants tested positive after vaping cannabis that contained 0.39% THC using urine testing methods that are consistent with testing frequently performed for employment-related or criminal justice-related urine drug testing programs. Though the cannabis used in this study does not currently meet the federal definition of hemp, the THC concentration of 0.39% exceeds federal regulation by just 0.09%.

“People who use legal hemp products for medical intent rarely just use them once as we did in this study, and prior studies show that THC and its metabolites may accumulate with repeated use,” says postdoctoral fellow Tory Spindle, Ph.D., a researcher in the Behavioral Pharmacology Research Unit at the Johns Hopkins Bayview Medical Center. “What this means is that people need to be wary of single-dose or cumulative THC exposure and be aware that these now legal products may cause an unexpected positive result on a drug test.”

“Because the market for CBD products is so new and the popularity of use is growing so quickly, we want the public to be aware that a positive drug test is possible,” says Ryan Vandrey, Ph.D., associate professor of psychiatry and behavioral sciences at the Johns Hopkins University School of Medicine. Vandrey and his collaborators at the University of Pennsylvania previously showed in a JAMA study that 21% of CBD/hemp products sold on the Internet contained THC, even though it wasn’t listed on the product labels. “I have a hard time finding anyone who hasn’t used a CBD product at least once, but most are completely unaware of the possibility of THC exposure or a positive drug test as a result of using these newly legalized products,” says Vandrey.

Clinical trials demonstrated CBD to be an effective treatment for two rare forms of pediatric epilepsy, however, there is currently insufficient evidence to support use for any other health condition according to the U.S. Food and Drug Administration. Despite this, CBD product suppliers and consumers claim benefits of CBD for a wide range of purposes, including everything from anxiety to insomnia to general wellness. CBD products can be swallowed in the form of an oil/tincture, eaten in a food product (e.g., gummy bears), inhaled using “vape pens” similar to electronic cigarettes, or applied topically to the skin in a cream, patch, balm or gel.

For the current study, the researchers recruited three women and three men with an average age of 31 years old. One participant self-reported as African American and the rest as white.

The batch of cannabis used in this particular study contained 10.5% CBD and 0.39% THC, a 27 to 1 ratio of CBD to THC that is similar to what is often found in legal hemp/CBD products. In the study, research volunteers vaporized a little less than 1 gram of cannabis, which contained a total dose of 100 milligrams of CBD and 3.7 milligrams of THC. To vape the cannabis, heated cannabis vapor was collected into a balloon that was then inhaled by the participant.

In addition to vaping the high CBD/low THC cannabis, study volunteers also were given pure CBD in a capsule, vaporized pure CBD and placebo (a mock CBD pill and vaporized cannabis in which CBD and THC had been removed) in three other dosing sessions, one week apart from each other. In all active drug conditions (excluding placebo), the CBD dose delivered was 100 milligrams per session.

The drug testing cut-off used to determine a “positive” result in this study was a “screening” concentration of at least 50 nanograms per milliliter of THCCOOH, a metabolite used to indicate whether someone has used cannabis, in the urine sample using an on-site “dipstick” test. A positive on that test was then “confirmed” at a 15 nanograms per milliliter cut-off of THCCOOH using a more sensitive test method.

Two of the six participants who vaped the low-THC/high-CBD cannabis tested positive for THCCOOH.

“These results suggest that pure CBD, used once by itself, will not cause a positive drug test,” says Vandrey. Adding to this, Spindle points out that it “does not take much THC exposure to trigger a positive test for some people.” There may be variation from person to person in drug metabolism and puffing behaviors such as inhalation depth, which might contribute to the breakdown or buildup of cannabinoids in the body, the researchers say.

The team says they plan to repeat their studies using products that fall within the current federal hemp regulations with respect to THC content, and additionally study the impact of repeated CBD/hemp exposure on drug testing outcomes.

Other authors on the study were Edward Cone and George Bigelow of Johns Hopkins, David Kuntz of Clinical Reference Laboratory, John Mitchell of RTI International and Ronald Flegel of the Substance Abuse and Mental Health Services Administration (SAMHSA).

This research was supported by SAMHSA and the National Institute on Drug Abuse (T32DA07209).

COI: Vandrey has been a paid consultant for or received honoraria from Zynerba Pharmaceuticals, FSD Pharma and Canopy Health Innovations Inc.