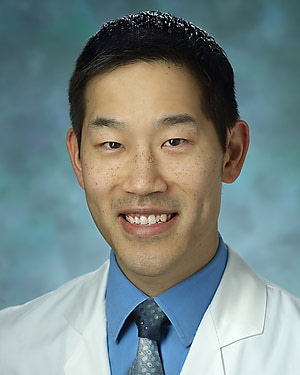 Pediatric orthopedic surgeon R. Jay Lee seemed to be seeing more and more young patients like the 11-year boy with an ACL (anterior cruciate ligament) injury in his exam room. The cause of his injury was an opposing player’s football helmet slamming into his knee. His pediatrician immobilized his knee and handed him a pair of crutches and then—especially after the boy stressed that he was anxious to get back on the playing field—referred him to Lee for possible reconstruction of his ACL.

Not too long ago, Lee would have recommended delaying surgery until the patient’s growth plates had closed—around age 14 for females and 16 for males. Drilling holes in bones that cross the growth plate— the femur and tibia—can result in serious consequences, including leg-length discrepancy or angular deformity in the leg. However, some studies have shown, conservative management, bracing and delaying ACL reconstruction increases the risk of damage to the menisci and cartilage in the knees of energetic young athletes. After all, how do you keep them off the playing fields?

“We know young patients with ACL tears do have subsequent damage to their knee,” says Lee.We just tell kids to slow down and modify their activities, to pick up biking and swimming, sports that are safe for their knee. But they can’t slow themselves down.”

Considering these issues, some orthopedic surgeons would modify adult techniques and drill smaller tunnels for smaller ACL grafts, or avoid holes altogether and wrap grafts around the bone. But too often, Lee says, these grafts would tear or fail to completely stabilize the knee.

"There were still complications and growth disturbances where the plate would grow at an angled position,” says Lee.

New technology and the innovative surgical techniques they’ve made possible, Lee says, now offer young patients an option for safer reconstruction with less risk of complications and growth plate disturbances. One innovation Lee has taken advantage of is a new drill that employs a retractable drill head that allows him to bore a very narrow tunnel through bone for the best possible placement of the ligament graft.

“Instead of drilling a complete 10 millimeter tunnel, we’re able to drill a 2 millimeter tunnel to deploy the drill, which is better for kids because we can minimize any disturbance to the growth plate,” says Lee. “Now we’re able to reconstruct the ACL with a robust graft that actually replaces the ACL and puts it in the correct spot.”

The procedure worked well for Lee’s young football player, who is now undergoing physical therapy. He expects to be back on the gridiron soon.

“We’ve come to appreciate the growth plate more now that we have better equipment and newer technology,” Lee concludes. “We’re able to avoid the growth centers for our young kids, and we’re able to reconstruct the ACL in much younger patients.”