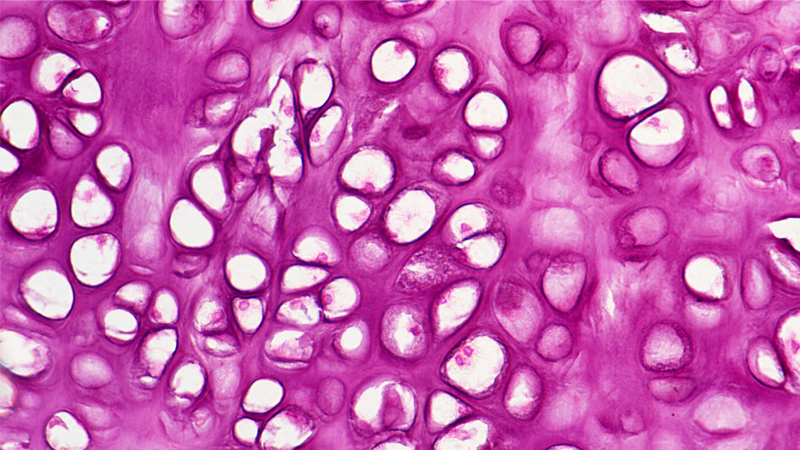 Researchers at Johns Hopkins Medicine, the Murdoch Children’s Research Institute in Australia and seven other medical institutions report that an experimental drug called vosoritide, which interferes with certain proteins that block bone growth, allowed the average annual growth rate to increase in a study of 35 children and teenagers with achondroplasia, a form of dwarfism.

The patients’ average boost in height to about 6 centimeters (2.4 inches) per year is close to growth rates among children of average stature, and the side effects of the drug were mostly mild, according to the researchers.

Results of the four-year study are summarized online June 18 in the New England Journal of Medicine.

With new study results just issued today, researchers hope that altering bone growth among children and teens with a common form of dwarfism may improve their quality of life. Click to Tweet

“An increase in the annual growth rate alone may have a positive effect on some patients’ quality of life. For other patients, now and in the future, our hope is that the altered bone growth throughout the body could ease such problems as sleep apnea, neurological and leg and back problems, and improve their quality of life,” says Julie Hoover-Fong, M.D., Ph.D., associate professor and director of the Greenberg Center for Skeletal Dysplasias at the Johns Hopkins McKusick-Nathans Institute of Genetic Medicine. “Right now, the results of the study show an impact on growth, and this effect is sustained, at least over nearly four years in this trial. The potential long-term benefit will take more time to observe.”

Achondroplasia, although rare, is the most common form of dwarfism worldwide, affecting an estimated 1 in 15,000–40,000 live births. The condition is caused by mutations in a gene called FGFR3 that result in the excess production of proteins that slow bone growth. The disorder is marked by disproportionate short stature with shortened limbs, near normal-sized torsos and enlarged heads.

“About half of these children will need spinal or other surgery, and this can mean a lot of time away from school as the child recovers and rehabilitates after surgery, which can affect important social connections,” says Ravi Savarirayan, M.B.B.S., M.D., clinical geneticist and group leader of skeletal biology and disease at Murdoch Children’s Research Institute.

There are no treatments able to reverse achondroplasia or treat the genetic culprit itself. However, growth hormone has been approved to treat the condition in Japan and occasionally is used off label elsewhere, but is not considered very effective in achondroplasia.

Vosoritide is a synthetic version of a protein present in humans called C-type natriuretic peptide. It is designed to bind to a specific receptor on the surface of chondrocytes, a type of cartilage cell found in the growth plates of bones. Once joined, the vosoritide-receptor connection sends a signal inside the fibroblast to stanch the flow of negative growth factors that were triggered by the mutation in the FGFR3 gene.

“This is the first therapeutic option that targets the molecular cause of the condition,” says Hoover-Fong.

For the currently reported study, conducted between January 2014 and July 2018, investigators enrolled 35 children ages 5–14 and followed them for a midpoint of 42 months. There were 19 girls and 16 boys, including two Hispanics, seven Asians and two African Americans.

To enroll in the study, participants had previously been monitored for six months to determine their baseline growth rate. Then, for six months, participants received a daily vosoritide injection through the skin at doses ranging from 2.5–30 micrograms/kilogram. Over the four-year study, two participants discontinued the trial because of anxiety with daily injections. One left the trial because their growth plates closed, and another withdrew for unknown reasons. A fifth was withdrawn when doctors found during a routine electrocardiography that a participant had Wolff-Parkinson-White syndrome, a condition in the electrical circuits of heart muscles that causes rapid heartbeat.

At the end of six months, 30 participants opted to continue taking vosoritide. Participants who had earlier received the lowest doses of the drug received increased dosages, up to 15 micrograms/kg, and the other participants continued to receive their initial doses of 15 and 30 micrograms/kg. One of the 30 patients withdrew from the study to undergo limb-lengthening surgery.

The research team also found that the growth rate increase lasted over the nearly four-year study. Moving forward, Hoover-Fong says all the remaining study participants will receive vosoritide until they reach their final adult height or they choose to withdraw from the study. She says the sweet spot of vosoritide dose seems to be at 15 micrograms/kilogram as participants who received 30 micrograms/kilogram did not gain any growth velocity beyond those who received 15.

All 35 study participants had at least one side effect, considered mild and reversible, including injection site pain, swelling, headache, cough and low-grade fever. One child was admitted to a hospital for surgery to remove their tonsils and adenoids, which is common in achondroplasia to treat sleep apnea, and another had enlarged tonsils. One child had a congenital cyst in the neck and another had a fluid-filled cyst in the spinal cord.

“Importantly, none of the children experienced an anaphylactic reaction to the drug and none developed a low blood pressure problem that required medical intervention, which was a concern with this type of drug,” says Hoover-Fong.

Some of the participants were averse to needle sticks, but this became less of a problem as the study went on, she says.

There are ongoing clinical trials of vosoritide, including a randomized, double-blind, placebo-controlled study in more than 100 children and teenagers with achondroplasia worldwide. It is expected to end in 2019, and a global study of the drug in 70 children younger than 5 years is ongoing.

At least four other experimental drugs that target different molecular bone growth receptors or pathways are currently being tested in children and teenagers with achondroplasia at Johns Hopkins and elsewhere.

The cost of vosoritide has not been determined.

Hoover-Fong directs the Greenberg Center for Skeletal Dysplasias, one of the largest clinical programs for people with dwarfism and other skeletal dysplasias. She is leading what is believed to be the largest natural history study of some 1,400 people with achondroplasia.

Funding and drug for the study described in this publication was provided by BioMarin Pharmaceutical, Inc. Hoover-Fong is also a paid consultant and speaker for BioMarin. This arrangement has been reviewed and approved by The Johns Hopkins University in accordance with its conflict of interest policies.