Study: Technology and Doctors Combine to Detect Patients Who Don’t Take Their Pills 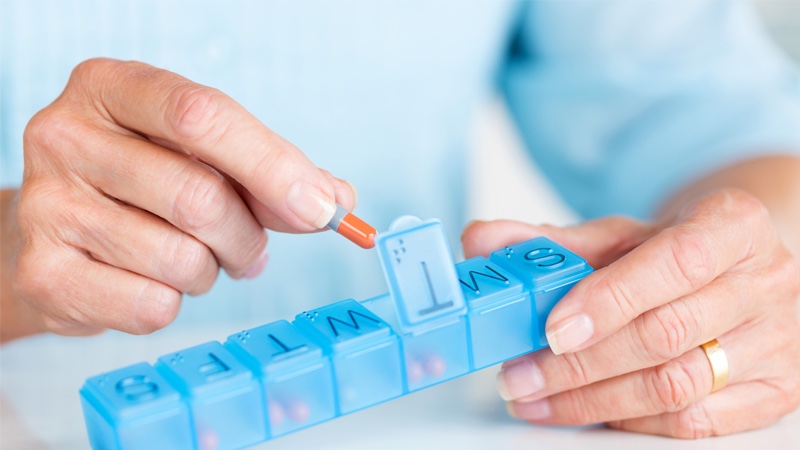 Almost everyone does it at some point — skip a dose of a medication, decide to not schedule a recommended follow-up appointment or ignore doctor’s orders to eat or exercise differently. Such nonadherence can seem harmless on an individual level, but costs the U.S. health care system billions of dollars a year. Now, Johns Hopkins researchers have shown how to best identify nonadherent patients, combining technology with the perceptions of health care providers.

The study, published online earlier this year and appearing in the December issue of Pediatric Nephrology, was conducted in a population of young people with chronic kidney disease, but likely holds lessons in how to track nonadherence more generally.

“We want to have better ways to figure out who is nonadherent so we can focus our efforts better on those patients who may require more assistance or specific resources to improve adherence,” says first author Cozumel Pruette, M.D., M.H.S., assistant professor of pediatrics at Johns Hopkins Children’s Center. “There are resources we can provide to boost adherence if we know who needs them.”

Between $68 billion and $150 billion of avoidable health care costs in the U.S. have been attributed to nonadherence, which is defined as any deviation from agreed upon recommendations from a health care provider. These rates can be especially high in children and young adults with chronic diseases who have to manage a complex regimen of medications. Poor adherence among youth with chronic kidney disease is one of the primary drivers for progression of the disease to end-stage renal disease.

Today, there is no gold standard for identifying nonadherent patients, says Pruette. “At the bare minimum, it’s providers making an assessment of a patient during a clinic visit,” she says. A doctor or nurse may use lab values, imaging scans and patients’ reports during the clinic visit to make informed guesses about adherence.

New technologies have recently become available that give more objective measures of whether patients are following their medication regimen—electronic medical records connected to pharmacy data can tell doctors whether patients are refilling their prescriptions as often as they should be, and electronic pill boxes that record when they’re opened can give even more detailed day-by-day data.

In the new study, Pruette and her collaborators used five different measures of nonadherence in a population of 87 adolescents and young adults, ages 11 through 19, with chronic kidney disease or end-stage renal disease. All enrolled patients were seeing one of 17 participating medical providers at one of three academic medical centers. The measures of adherence were provider reports (in which a health care provider estimated a patient’s medication adherence after a clinic visit), patient reports and caregiver reports (both being eight-question surveys), electronic pill boxes (which record the date and time of every pill bottle open), and pharmacy refill data.

Health care providers and electronic pillboxes both classified 34.5 percent of patients as nonadherent, although they disagreed about which patients were nonadherent. Patient reports, caregiver reports and pharmacy refill data all classified between 50 and 61 percent of patients as nonadherent. Combining provider reports and pharmacy refill data, the researchers showed, led to the most balanced sensitivity (0.90) and negative predictive power (.88).

“In general, providers are already doing assessments of patients’ adherence levels, and most clinical practices have the ability to access pharmacy refill data, so this is a very feasible thing to start doing in a clinical setting,” says Pruette.

More research is needed to show whether the combination of provider assessment and pharmacy data is the best way to measure adherence levels in other patient populations.

“We can’t say what other specific populations our findings apply to, but it’s likely generalizable that some kind of multi-modal approach is really the most meaningful in identifying nonadherence and providing us with the greatest level of information to help patients improve their adherence,” says Pruette.

Other authors on the paper include Cyd Eaton, Tammy Brady, Barbara Fivush, Michelle Eakin and Kristin Riekert of the Johns Hopkins University School of Medicine; Shayna Coburn of the George Washington School of Medicine; Shamir Tuchman of Children’s National Health System; and Susan Mendley of the National Institutes of Health.

This work was supported by the National Institute of Diabetes and Digestive and Kidney Disease (R01DK092919).