The Electronic Nudge that Could Help Thousands of Patients Quit Smoking 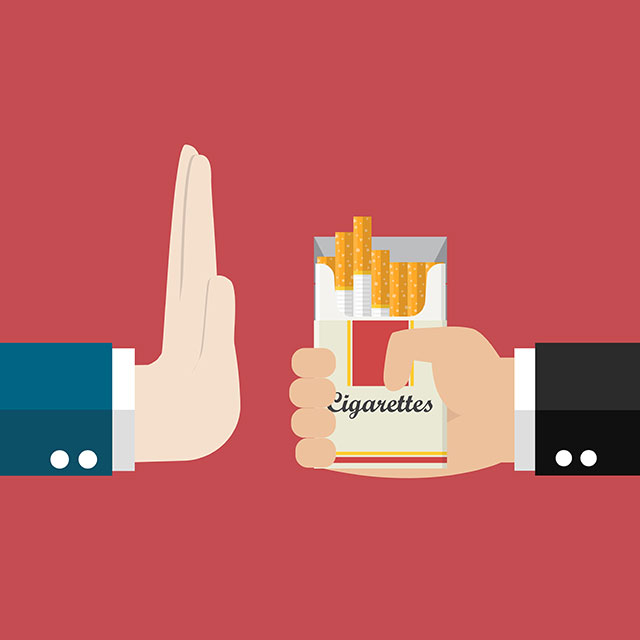 A new feature in the Epic electronic medical record system makes it easy for health care providers to refer patients to a free smoking cessation program run by the Maryland Department of Health.

When providers treat patients who smoke, the system automatically opens a referral window to the Maryland Tobacco Quitline. The provider can then describe the program and, if the patient is interested, send the patient’s name and contact number to trained Quitline coaches.

If the patient declines, the referral window won’t return for three months. Patients can also call their provider’s office any time to ask for the referral.

The patients’ electronic medical records automatically update to reflect whether they began treatment; received free nicotine replacement patches, gum or lozenges; or would like a prescription for varenicline or bupropion, which can reduce nicotine cravings.

“Our system is incredibly simple, and we’re trying to keep it that way,” says Daniel Ford, vice dean for clinical investigation and director of the Institute for Clinical and Translational Research. “We built it so there is information going to the Quitline, and information coming back from the Quitline.”

Colleen Leavitt, office medical director for internal medicine at the East Baltimore Medical Center, says she shares Quitline success stories with her patients. One of her favorite examples is a patient who struggled to stop smoking in order to reduce his risk for additional complications from diabetes and chronic kidney disease.

“He had done a good job cutting down and needed an extra push,” Leavitt said. “The Quitline staff called him daily during lunch to guide him through the toughest part of his day. He has been smoke-free for months now.”

State officials approached Johns Hopkins and other Maryland hospital systems earlier this year in a bid to get more smokers to take advantage of its Quitline program, said Ford.

With a $75,000 grant from the health department, Johns Hopkins began testing the Epic referral tool in the Bartlett Clinic and Johns Hopkins Community Physicians. By early August, providers referred more than 2,500 patients, with more than 400 enrolling in the service, he said.

On Sept. 1, the referral tool was rolled out across Johns Hopkins Health System, except for All Children’s Hospital in Florida. A second $75,000 health department grant is being used to create dashboards that will allow providers to see how their referral statistics compare with their peers’ data.

About 60 percent of the patients referred to the Quitline eventually engage with the program, said Ford, and about 30 percent of smokers who go through the program quit.

“We’re casting a wide net,” Ford said. “When a smoker gets hospitalized, that’s a great chance to reach someone. One of the hardest parts of helping smokers is motivating people who feel healthy and immortal. We need to reach those minimally motivated smokers and help them get started.”