The Power of Artificial Intelligence 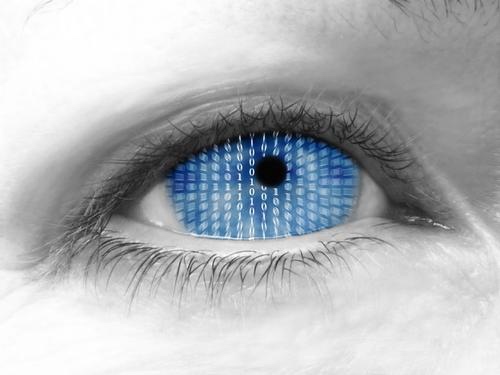 The numbers are staggering. About 8 million people in the United States have an early, often asymptomatic, stage of age-related macular degeneration (AMD), a leading cause of blindness in those over 50.

“AMD requires careful monitoring by an ophthalmologist, but we estimate only about 4 million of those in this asymptomatic stage even know they have it,” says Neil Bressler, M.D., Wilmer’s James P. Gills Professor of Ophthalmology. “We—ophthalmologists— can’t look in each person’s eyes to find who has this intermediate stage that needs monitoring because we would work all day, all night,” he says.

But what if computers could be trained to do the job instead? Suppose they could even teach themselves an algorithm to identify the signs of AMD—areas of debris that have accumulated behind the retina, called drusen—on photos of retinas?

This “deep learning” approach was precisely the strategy that Bressler and a team of computer scientists at the Johns Hopkins University Applied Physics Lab (APL), with whom he’s been working for more than 10 years, undertook recently in an important study aimed at expanding access to eye care by tapping into the power of technology.

Their work is just one of a dozen projects currently underway at Wilmer that are harnessing advances in artificial intelligence to improve clinical care in ophthalmology. In glaucoma, Jithin Yohannan, M.D., is using deep learning, as well as other machine learning approaches, to predict the likelihood of disease progression and ultimately improve patient outcomes. While in the cornea division, Albert Jun, M.D., Ph.D., the chief of the division and the Walter J. Stark, M.D. Professor of Ophthalmology, is devising an algorithm to more accurately select intraocular lenses for patients undergoing cataract surgery, and Shameema Sikder, M.D., director of the Center of Excellence for Ophthalmic Surgical Education and Training, is creating new, more effective methods for improving cataract surgery skill.

“What’s becoming clear is that harnessing this new technology holds the promise of transforming much of ophthalmology, and this is now a Wilmer-wide effort,” says Wilmer Director Peter J. McDonnell, M.D. “Computer science can perform some tasks extremely well, freeing up ophthalmologists to focus their time and energy on only those tasks that require all their years of training and that call for ‘the human touch.’”

The Future Is Now

he concept of neural networks, a basis for deep learning, has been around since the 1940s and is modeled on how the brain works.

Sikder describes neural networks as producing “smart, iterative learning.” Neural networks begin with an algorithm, which ingests data and learns something about that data that can be applied to assess something else, she says.

To run programs, computers use central processing units, which are good at tackling calculations in sequential order. In order to run all of the iterations required for deep learning to succeed, a lot of hardware is required. And that’s expensive. A little less than a decade ago, however, researchers began to use graphical processing units, GPUs, which had been popularized for video games, to “supercharge” computing. They perform tasks in parallel—vastly increasing the iterations an algorithm can perform, for a lot less money.

The final piece of the puzzle that has launched deep learning into everyday conversation is the availability of data — a lot of data. The most useful data are that which are already labeled, because the algorithm needs labeled data to learn. Because of their roots in the video game universe, GPUs are good at rendering images. GPUs paired with deep learning algorithms are especially good at analyzing medical images.

A Picture Is Worth…

It was precisely the plethora of images available to Bressler and the ophthalmology research community that drew the interest of APL researchers to his work in macular degeneration.

The deep learning technique Bressler’s team used is “supervised learning.” To begin this process, a research team decides what it wants the neural network algorithm to learn to recognize based on the type of labeled data available. Then the team members gather the data, which they divide into a training dataset and a testing dataset.

For Bressler’s project, researchers chose the presence of drusen on fundus images taken of retinas. Next, they created a neural network algorithm to read the images. For each image, the algorithm is told the “ground truth.” Each time Bressler’s team fed an image to their neural network, they would provide “the ground truth” by stating, “this image has drusen” or “this image does not have drusen.” After viewing thousands of images paired with the ground truth, the neural network learned to sort the images into the two categories with increased accuracy.

Once the neural network is trained, researchers feed it testing data in order to validate the neural network’s accuracy. The neural network algorithm Bressler’s team created accurately identified AMD between 88.4 percent and 91.6 percent of the time, which is comparable to the accuracy achieved by human experts. They published the results in JAMA Ophthalmology in 2016.

“Deep learning artificial intelligence tools represent a new generation of screening for eye diseases that require less time and skilled personnel, while generating expert evaluations as if a patient were being diagnosed by one of the top clinicians at Wilmer,” says Bressler. “These AI tools hold the promise to widen access to Wilmer’s ophthalmic care and to detect and treat these retinal diseases before substantial vision loss has occurred, when treatments usually are most effective.”

Many of Wilmer’s deep learning AI projects focus on increasing access to diagnostic care for conditions that are asymptomatic. People with systemic diseases, such as diabetes and sickle cell disease, are at risk for retinopathy. While they are usually referred for annual eye exams, many don’t follow up because they are not experiencing eye problems or have too many other medical appointments to juggle.

“Patients with diabetes [often] have a lot going on in their lives,” says Roomasa Channa, M.D., Wilmer’s chief resident for 2017–2018. “We need to make detection of eye problems easier for these patients.”

Adrienne Scott, M.D., a retinal specialist at Wilmer, is pursuing a similar strategy to help patients with sickle cell retinopathy, her area of research. She and third-year resident Sophie Cai, M.D., are exploring whether they can build a deep learning algorithm that recognizes the retinal signs of sight-threatening sickle cell retinopathy.

Since sickle cell retinopathy is rarer than AMD and diabetic retinopathy, the researchers have fewer images available to train a neural network. “We want to see if, with one of these rarer diseases with a smaller dataset, we can still extract information to be able to develop an algorithm,” says Cai.

Recognizing the challenges ahead, Scott remains undaunted. “Sickle cell is a disease that needs increased access to this type of care and to streamlined care in general for the sake of patient convenience and cost,” she says.

The Power of Prediction

Since deep learning has the capacity to improve patient outcomes because of its predictive power, researchers are using data to train the algorithms to spot patterns humans cannot. “As humans, we know how to classify or identify glaucoma or classify AMD. But if we can predict what’s going to happen in [a patient’s] future based on how things look today, that’ll be really  powerful,” says Yohannan, Wilmer’s current chief resident. One of his research projects aims to do that for glaucoma patients.

Using a large database of about 210,000 visual field tests, Yohannan has constructed both deep learning and other machine learning algorithms to predict which patients are at risk for rapidly progressing glaucoma based on their very first field test. Thus far, he is pleased with the results.

“If you did this by chance alone, it would be about 50/50—it can be one category or the other. But just on this dataset, we’re about able to get 90 percent accuracy. So correctly classify nine-tenths of people,” says Yohannan.

“In the future, it would be valuable if a patient comes in to get their first field test and we can tell them, you’re at high risk for progressing, and we want to keep a close eye on you. Maybe those are the patients we want to see every two or three months rather than every six months,” says Yohannan.

Jun and his research partner, John Ladas, M.D., Ph.D., are also exploiting the awesome pattern recognition ability of neural networks. Their deep learning algorithm predicts how an eye will heal after cataract surgery. This will allow surgeons to choose the most accurate focusing power for the artificial lens the patient will receive during the surgery.

Patients can take heart that Wilmer researchers are approaching these issues with eyes open. Optimism is great, but so is verification.

“There is a lot of buzz in the media about health care and AI. Like everything new, it will follow a curve of enthusiasm followed by skepticism before we reach a balance where we really understand its role in patient care,” says Channa. “I think we need more research into how implementing a particular AI algorithm helps the patient and the health care system.” 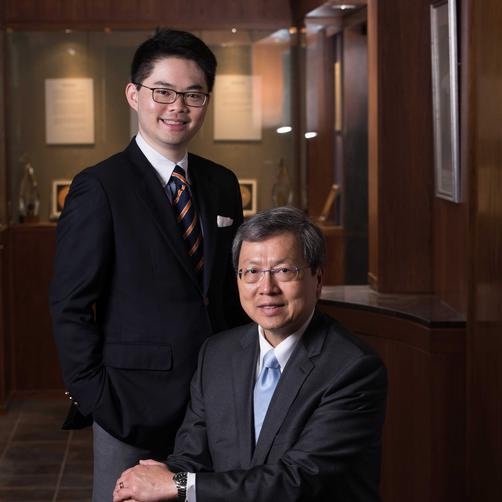 Wilmer faculty members who are launching projects involving artificial intelligence have an important new resource to help them in their work: the Wilmer Artificial Intelligence Research Network (WAIRN).

Wilmer ophthalmologists Samuel Yiu, M.D., Ph.D., and T.Y. Alvin Liu, M.D., both currently involved in deep learning projects, are serving as the administrative core of WAIRN. The network is an open, inclusive platform that aims to foster collaborations among investigators and to encourage the crosspollination of ideas.

Yiu and Liu envision WAIRN as a conduit to help faculty members connect with the best technical partners and to “share resources and not duplicate efforts.” As an example, Liu notes that the Johns Hopkins Malone Center for Engineering in Healthcare is one place to search for technical expertise in artificial intelligence. However, “Malone is a huge place, and many people there do artificial intelligence. But there are many forms of it. And sometimes they may not be familiar with working with medical data,” says Liu. This is where WAIRN can step in and recommend the best fit for a Wilmer faculty member’s project.

“Wilmer is really serious about artificial intelligence, which has the potential to change medicine as we know it,” says Liu. “We’re trying to build a collaborative system so that Wilmer can be at the forefront of this fast-moving field.”