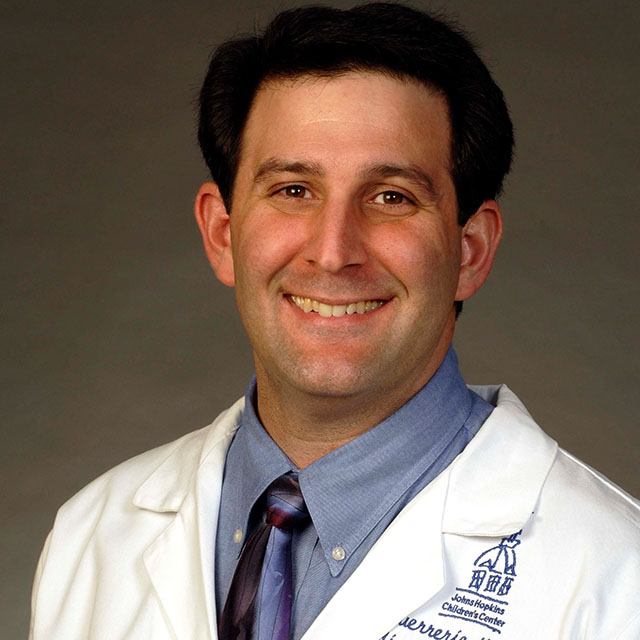 We need to try to understand why this increase in prevalence is occurring, and why is it occurring in this specific patient?”
– Tony Guerrerio, MD, PhD

The director of the Very Early Onset Inflammatory Bowel Disease Clinic discusses the increasing prevalence of IBD among young children and genetic approaches to diagnose and treat it.

How would you characterize the incidence of IBD today?

Inflammatory bowel disease (IBD), which includes Crohn’s disease and ulcerative colitis, affects between 1.5 million and 3 million Americans. Those diagnosed at less than 6 years old have what is known as very early onset IBD. Children with very early onset IBD constitute about 6% of people with IBD, and they frequently have different symptoms than adults and may need a different approach to diagnose and treat their symptoms. The incidence of IBD in the adult population appears to be stable, while the diagnosis in children under 6 is increasing.

We don’t know. We do know that the increase is occurring here in the United States and other westernized countries, as well as in newly industrialized countries that have transitioned to a westernized culture and diet. Susceptibility appears to be a combination of a patient’s genetics, immune response and environment. We are working to understand why this increase in prevalence is occurring.

We’re still working to identify biomarkers that can predict who is going to develop IBD. We know it’s a complex interplay of the individual’s genetics, their environmental exposures, and their microbiome, which is the collection of different bacterial species that live in our intestines. In a person with the right genetics and the right microbiome, something happens in the environment that tips things over the edge and leads to the development of inflammation where white blood cells act like there’s an infection when there isn’t one.

So how do you diagnose early onset IBD?

IBD is diagnosed based on the patient’s history, symptoms, results from blood work and stool tests, as well as imaging and biopsy results from endoscopy and colonoscopy. Also, all patients who come to our center get an immunologic workup and evaluation. If you have immune dysregulation, that may make you more susceptible to developing inflammatory bowel disease. Also, there are certain genetic conditions that make you more susceptible to inflammatory bowel disease, so we also perform a genetic analysis in all children with very early onset IBD to evaluate for these conditions.

Which tells you what?

Certain changes in DNA may signal us to try specific treatments that are known to work better in patients with those changes. Also, if we find a change that has not been studied previously, we work with our colleagues in genetics to investigate whether this may be contributing to their risk of IBD. These studies are very important since they expand our understanding of how certain genetic changes affect a person’s susceptibility to developing IBD.

What are the treatment options?

There are many treatment options available for IBD, from medicines that coat the inside of the intestines and help fight inflammation, to immunomodulators, to biologics (antibodies that block specific signaling molecules between white blood cells that are over-active in IBD). For children with very early onset IBD, the immunologic and genetic testing may also point us toward other medications that may work better for that patient specifically. We also work with our IBD dieticians and use food and other dietary interventions both as both medicine and to maximize nutrition.

Does surgery come into play?

Some patients with very early onset IBD require surgery for problems. At Johns Hopkins Children's Center we have excellent colleagues in pediatric surgery as part of our team taking care of our pediatric IBD patients. Sometimes our surgical colleagues will see a patient with signs of early onset IBD before we do, suspect IBD, and refer the patient to us.