January 16, 2019
"Some say COPD can even be considered an infant’s disease that only manifests itself in adulthood.” - Robert Wise

Of the many outstanding questions surrounding chronic obstructive pulmonary disease, one in particular persists: Why do some people get COPD, and others do not? That question drives Robert Wise, a leading pulmonologist at The Johns Hopkins Hospital and director of the American Lung Association’s Airways Clinical Research Data Coordinating Center.

As director of the center, Wise is the focal point of numerous COPD studies around the country looking at the causes and treatments for COPD. In fact, he is author of several of the most illuminating studies into the disease. His first newsworthy study, the 15-year Lung Health Study, began in the 1980s and showed that inhaled medications provided relief from choked airways, but did nothing to improve the loss of lung function, as was widely believed at the time. Smoking cessation, however, effectively prevented disease progression and has since become a bedrock principle of treating COPD.

His most recent work, published just last year, is changing perceptions of COPD as an “old-person disease.” Abnormal lung function later in life actually begins before birth, Wise believes now, and most lung development is fully complete by age 8. As a consequence, he says most current studies into COPD are looking earlier and earlier in life. To that end, he has connected a mother’s preterm labor to COPD in her offspring and shown that abnormal childhood lung function can lead to COPD in adulthood.

“Some say COPD can even be considered an infant’s disease that only manifests itself in adulthood,” Wise says of the latest thinking. 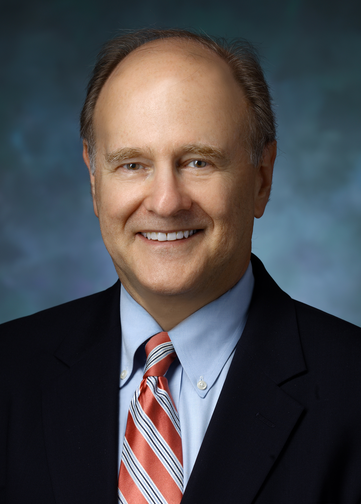 His research extends into the search for better treatments and, perhaps someday, a cure. He’s working on a study in which mothers of slightly premature infants were given lung-bolstering steroids just before birth. The study is examining whether this treatment can improve lung function and symptoms six years later.

Despite this focus on childhood, Wise has not limited his COPD research to early-life development. With his colleague Mary Armanios, he is looking at the genetic roots of the disease, studying genetic features known as telomeres, which are found at the tips of human chromosomes. As people grow older, telomeres grow shorter and are believed, therefore, to be associated with aging. People with COPD can have genetic defects in these telomeres associated with premature emphysema.

“It leads us to think COPD might be considered a disease of accelerated aging,” Wise says.

Wise’s collaborator, Enid Neptune, found that emphysema associated with Marfan’s syndrome in mice may be prevented by the hypertension drug losartan. Initial results in patients with smoking-related COPD have shown effectiveness in preventing progression of emphysema. Those promising results are being assessed in a more definitive multicenter study sponsored by the National Institutes of Health and the American Lung Association.

And then there is chronic cough, a condition that is not life-threatening but, nonetheless, has serious consequences for those who endure its ceaseless hacking. Many sufferers end up socially isolated and depressed because of their condition.

“We say it’s not a life-ending disease, but it is a life-ruining disease,” Wise notes.

Good news may be on the way as Wise and his co-investigator, Brendan Canning, have demonstrated that zinc might calm the nerves that produce the incessant urge to cough that afflicts these patients.

Asked to sum up his careerlong interest in helping people breathe easier, Wise says: “Lung physiology has just intrigued me since my earliest days in medicine, caring for patients in respiratory failure in the intensive care unit.”