Was It Crohn’s or Something Else? 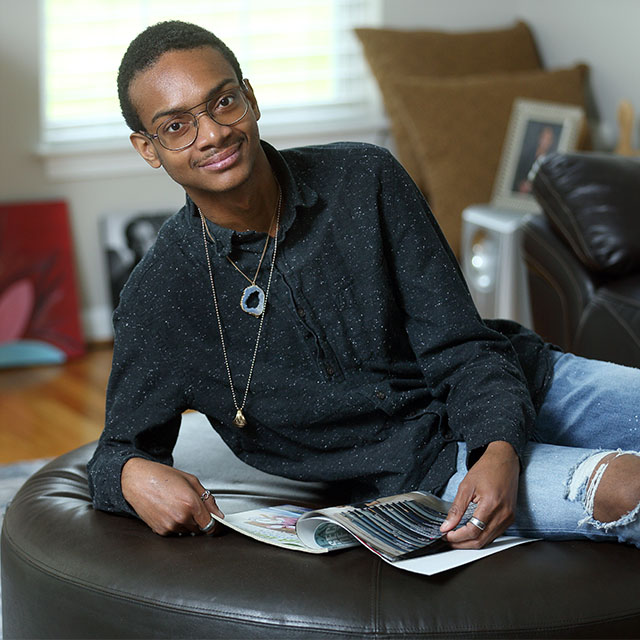 At home, Nate Milam reflects on his journey since age 7 with severe chronic Crohn’s disease until hematologist Elias Zambidis revealed and treated the true culprit, HLH.

When pediatric gastroenterologists could not determine the underlying cause of their patient’s intractable Crohn’s disease, they turned to a hematologist for answers.

Nathanael "Nate" Milam II had spent much of his childhood and teenage years being treated for one of the most severe forms of Crohn’s disease. After being diagnosed at age 7, he underwent several treatment plans and 13 surgeries over a decade to repair Crohn’s characteristic ulcer-like fistulas tunneling through the inside wall of his intestine to another part of his intestine — with little improvement.

Indeed, in addition to years of abdominal pain, diarrhea, anemia and fatigue, Nate had lost most of his colon. Then, as he turned 19, his body seemed to say, “Enough!” and began to shut down. He was transported by ambulance to Johns Hopkins Children’s Center.

“I got worse and went into sepsis, but they couldn’t figure out what was wrong with me,” says Nate. “They [the doctors] looked exhausted, saying this doesn’t happen with Crohn’s; the surgeon scratched his head.”

What was underlying his Crohn’s disease? Nate’s doctors asked themselves. Was there another diagnosis that could lead to an effective treatment? Then, a lab result showing high levels of serum ferritin triggered a call to pediatric hematologist and bone marrow transplant specialist Elias Zambidis. He was stunned by the news.

“By the time I saw him, Nate was dying in the ICU from fistulas of Crohn’s disease — his intestines were inflamed, and he had tremendous infections all over his abdomen,” says Zambidis. “They tried every medicine in the book over the course of a decade, but every year, it got worse and worse.”

Zambidis knew almost right away, however, that the high ferritin level was a significant clue to a possible underlying disease called hemophagocytic lymphohistiocytosis (HLH), a rare but often fatal disorder in children he was well experienced in treating. The only treatment shown to be effective, Zambidis explains, is a bone marrow transplant (BMT). But in a very sick patient like Nate, with Crohn’s-like manifestations of HLH, he adds, you have to first carefully quiet down the inflammation.

“HLH is an expansion of lymphocytes that activate your immune system into a hyperinflammatory state, like a car with a gas pedal but no brakes,” says Zambidis. “In treating it, you hope to quiet the immune system down long enough for the patient to undergo a bone marrow transplant, but it’s a very complex disease that’s difficult to stop. You can go from hyperinflamed to hyperimmunosuppressed.”

After test results revealed that Nate had a rare genetic defect related to HLH, called XIAP deficiency, Zambidis confirmed the diagnosis of HLH and pondered how his massively infected patient could have a BMT and survive. The frontline chemotherapy used in a bone marrow transplants to treat HLH, he believed, would make him worse. A safer route, he reasoned, would be a modified BMT, facilitated by the biological agent anakinra, which works to block the pro-inflammatory effects in patients with rheumatoid arthritis.

“Basically, we threw a Hail Mary,” says Zambidis. “Anakinra blocks an inflammation cytokine that could help him heal enough for a bone marrow transplant.” 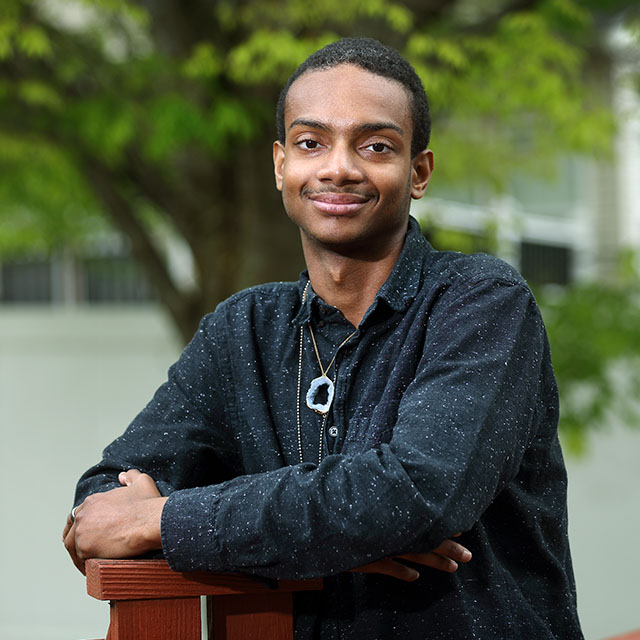 Nate and his family agreed to the approach, though Zambidis warned them that there was no guarantee of success. As sick as Nate was, he could succumb to even this milder treatment plan. Nate, however, was fully on board.

“That took a lot of courage because he had a really bad infection, which put him at high risk for mortality associated with a bone marrow transplant,” says Patience Obasaju, a pediatric hematology/oncology fellow at Johns Hopkins. “But he wanted to go with it and give it his best shot.”

They would all learn his outcome soon enough as Zambidis found a matched, unrelated donor for the BMT. How did it go?

“I had a lot of nausea and body aches; I felt so weak all the time; and during the last round (of treatment), I felt like I wanted to die,” says Nate. “Losing my hair was emotionally draining.”

Nate added that his family and the nurses pulled him through the treatment. “The nurses were very smart and paid attention to what the patients were saying,” recalls Nate. “They really gained my respect.”

“He had a really rough go of it, but about three months after the transplant, he started to get better,” notes Zambidis. “The fistulas started to heal, and all the inflammation in his gut subsided.”

And how is Nate doing today?

“A year and three months out from his treatment here, he still has the sequelae of chronic Crohn’s disease, but he is eating on his own, he’s gained weight and he looks great,” says Zambidis. “He didn’t have any evidence of graft vs. host disease from the bone marrow transplant, and his organs are now completely regenerated. No one can believe that he’s still alive.”

Zambidis was so impressed with Nate’s outcome that he invited him to talk to students in his stem cell class at The Johns Hopkins University School of Medicine. Nate also joined Zambidis when he testified to the Maryland Legislature to support medical research funding.

“It was a real poignant moment — he’s alive, and no one believed he could make it through,” says Zambidis. “He wants to become a nurse now; he wants to help other people.”

Nate confirmed he is studying nursing at the College of Southern Maryland, in hopes of becoming a pediatric oncology nurse one day. Asked if he would consider working at Johns Hopkins Children’s Center, he answers, “That would be my dream.”

The take-home message from this case?

“For pediatricians and GI doctors, I would say: If you have a patient with intractable Crohn’s disease, you should consider HLH and genetic immune testing,” says Zambidis. “Nate would not have gone through all this, had we diagnosed him with HLH at age 10. It’s a miracle he’s alive.”