When Distance Is a Barrier to Specialized Care 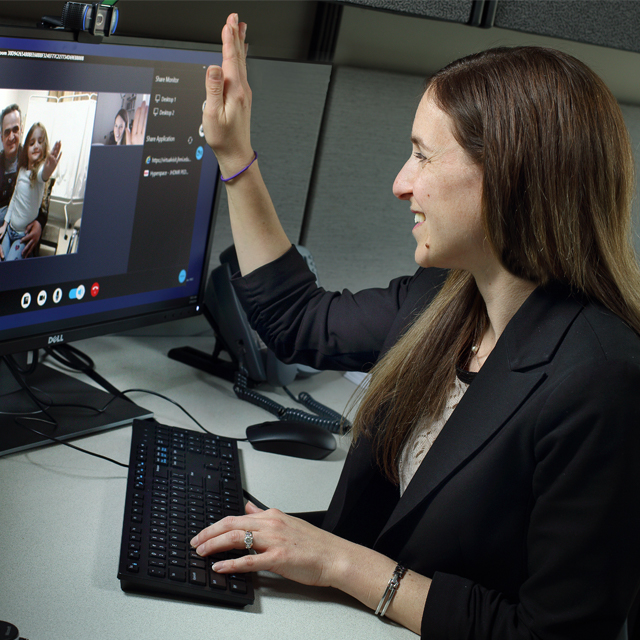 As a little boy, Colin Russell was always running behind. Crawling, talking and walking: He hit each new developmental milestone at the point when his parents, Christy and Kell, were starting to worry that their son might have a problem. Colin, however, was never far enough behind to set off alarm bells. He was 2½ when Christy asked a pediatrician to check his hearing in case that might explain Colin’s iffy sense of balance. The pediatrician came back with a diagnosis of autism.

“It was a total shock,” Christy says. “We had no idea what this was going to mean for Colin’s future.”

The family’s journey into the world of specialized pediatric care got off to a rocky start. The Russells live on Maryland’s rural Eastern Shore, while the multiple specialists Colin needed to see were all in and around the big cities of the Western Shore.

“There were weeks when Colin and I would cross the Chesapeake Bay Bridge five times for five different appointments,” Christy recalls.

She had to cut back on work hours during a year when the family was racking up $30,000 in out-of-pocket medical expenses. This situation can be even more daunting when young patients suffer from rarer conditions that require highly specialized care that tends to be completely unavailable in rural areas. In a new telemedicine initiative to tackle that priority, Johns Hopkins Children’s Center partnered with the Talbot County Health Department to facilitate appointments-by-video to allow Eastern Shore patients to see doctors without crossing the bridge.

“We were inspired by the Russells and other Eastern Shore families to facilitate access to our physicians without the burden of traveling long distances,” says pediatrician Helen Hughes, who with pediatrician Margaret Moon is leading the initiative funded by a JHCC innovation grant. “This is where the future of health care is headed. Video technologies can allow us to do so many things for our patients without having to see them in person every time.”

Still, Hughes and Moon plan to take a cautious approach to these appointments. One area of concern is the doctor-patient relationship: Will physicians be able to build the same rapport with patients on video as they do in person? Another concern involves rare cases where a patient shows up for a routine follow-up video visit looking sicker than anticipated, perhaps even in need of immediate attention.

“That’s something everyone will be a little scared of,” Hughes says.

At the outset, the new service will be limited to routine follow-up sessions with pediatric subspecialists, including nephrologist Alicia Neu, endocrinologist Risa Wolf, and pulmonologist Laura Sterni. If the program passes that test, the Children’s Center will likely set up comparable programs in other rural areas.