Why Can Dogs Detect Prostate Cancer? 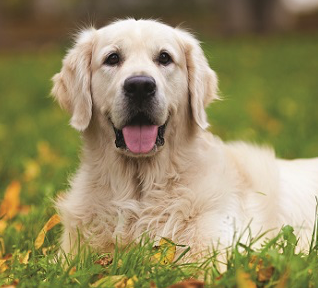 In the study, the dogs detected Gleason 9 prostate cancer with 71 percent sensitivity and 73 percent specificity.

In fact, out of a bunch of urine samples, they can even distinguish aggressive prostate cancer from low-risk or intermediate cancer.

Earlier this year, in an international project funded by the Prostate Cancer Foundation, Johns Hopkins scientists and collaborators in the U.S. and UK published a study in PLOS One showing that medical detection dogs could discriminate – with high accuracy – between urine samples from men who have prostate cancer and men who don’t.

What’s their secret? Nobody knows! But these investigators, including Alan Partin, M.D., Ph.D., The Jakurski Family Director and Professor, Karen Sfanos, Ph.D., M.S., and Bruce Trock, Ph.D., M.P.H., the Frank Hinman, Jr., Professor of Urology, are working to unravel the mystery of how the dogs do this – and just what it is that they are smelling on the molecular level – so their success can be replicated on a much larger scale.

“A more sensitive and specific detection strategy for lethal prostate cancer beyond PSA screening is urgently needed,” says Partin. “Although it’s not practical to use dogs as diagnostic sensors, machine olfaction for cancer detection is testable.”

Dogs with an excellent sense of smell can detect molecules in parts per trillion. In this study, using urine samples from biopsy-confirmed patients provided by Johns Hopkins, exceptional canines trained by Claire Guest of the UK-based group, Medical Detection Dogs, detected Gleason 9 prostate cancer with 71 percent sensitivity and 73 percent specificity.

Unfortunately, duplicating this electronically – using sensors that can detect “volatile organic compounds” (molecules of odor) – is not so easy. Guest explains why: “Prostate cancer is not going to turn out to be a single note. What dogs are really good at discovering is a tune. Think of Beethoven’s Fifth Symphony, those first few notes. We suspect the cancer signature is something like that. It’s a pattern; the dogs are really good at recognizing the pattern.”

What Exactly Are the Dogs Smelling?

It could be bacteria. Sfanos discovered several years ago that a basic medical assumption was just plain wrong: “We had always been told that urine was sterile,” she says. “It’s not.” Her research revealed that urine has its own microbiome – its own population of bacteria.

Could what the dogs are smelling be related to microbes in the urinary tract?” Sfanos was the ideal person to try to answer this question: she has access to an extensive biorepository at Hopkins, with thousands of urine samples that are linked to prostate pathology specimens. And in early research, she has found that men with aggressive prostate cancer – Gleason grade 9 – have different microbes in their urine than men with lower-grade cancer.

So: Could high-grade cancer be associated with its own particular population of bacteria, and could it be these bacteria that make the distinctive smell that the dogs can detect? This remains to be seen, but it’s quite possible.