For details on how to refer a patient, please visit: https://www.hopkinsmedicine.org/imaging/provider-information/index.html

Johns Hopkins geriatrician Nancy Schoenborn discusses her research regarding cancer screening decisions for older adults and the importance of considering each patient’s health status, life expectancy and preferences when deciding if and ...

Surgical oncologist David Euhus explains how and when genetic testing for patients with breast cancer performed at Johns Hopkins, how this process has been streamlined to get results faster and shares how genetic testing will look like in the future.

Dr. Armine Smith discusses advances in prostate cancer surgery and her use of the latest, least invasive, surgical options for appropriate patients.

Dr. Stephen Broderick discusses his use of advanced procedures and the benefits to lung cancer patients, especially those with compromised pulmonary function, the elderly and former smokers.

Dr. Jean Wright, fellowship trained radiation oncologist, discusses treatment options for breast cancer, including the use of proton therapy for left breast cancer, and how the multidisciplinary team at Johns Hopkins manages all breast cancer cases.

Using the Latest Technology and Techniques in Prostate Radiation

The latest techniques in prostate radiation treatment are currently at Sibley. Learn about how technology and clinical trials are helping to improve care.

Combining Chemotherapy and Immunotherapy: The Latest Treatment Options for Head and Neck Cancer

Dr. Karim Boudadi discusses his techniques and use of the most advanced options to treat head and neck cancer.

Kelly Lafaro, MD, MPH, discusses her role as a surgical oncologist, her research and clinical expertise.

Surgical oncologist, Fabian Johnston details the case of a patient with a CDH1 mutation - a rare genetic defect that often requires advanced screening methods to detect and greatly increases a patient’s chances of developing gastric cancer.

Dr. Akila Viswanathan speaks with Dr Curt Deville from Sibley Memorial Hospital in Washington DC about the diagnosis and treatment of prostate cancer and the opening of the Johns Hopkins National Proton Center coming to Sibley later this year.

In the latest podcast from Kimmel Cancer Center Director Dr Bill Nelson, he speaks with Dr Khaled El-Shami about treating leukemia and the growing hematologic program at Sibley Memorial Hospital in Washington DC.

Dr. Stephen Greco explains how he uses imaging technology at Suburban Hospital to improve the treatment of lung cancer.

Dr. Curtiland Deville discusses his experience with proton therapy and the technology, research and treatment that will be conducted at The Johns Hopkins Proton Therapy Center 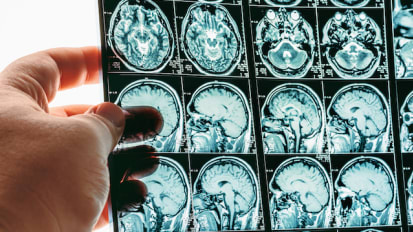 Dr Ben Levy and thoracic surgeon Stephen Broderick discuss the important aspects of lung cancer surgery, including how surgical techniques are advancing, how patients should prepare in advance and what to expect during recovery.

Dr Bill Nelson talks with Dr Jean Hoffman-Censits and Dr Armine Smith, from the Johns Hopkins Greenberg Bladder Cancer Institute, about the complications that arise in diagnosing and treating bladder cancer in women.